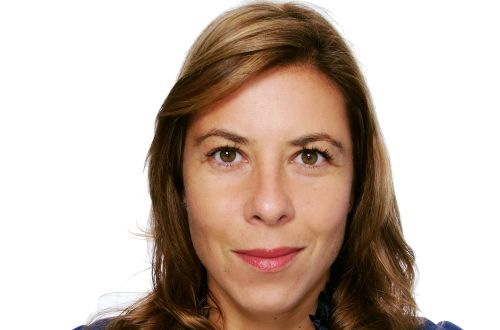 Global network Lowe and Partners, a division of Interpublic Group (NYSE: IPG), today announced the appointment of Naomi Troni to the newly created role of Global Chief Growth Officer. Troni will be responsible for all global marketing, business development, and management of the Lowe brand and its communication. She will report to Global CEO Michael Wall and Global Chairman Tony Wright, and join the Lowe and Partners Leadership Team.

Michael Wall, Global CEO of Lowe and Partners commented: "Naomi is a first-class talent and I am thrilled that she is joining the Lowe and Partners team. She gets our collaborative model and our vision of building a contemporary and creatively differentiated network for our clients. Her leadership skills, world view, management and marketing expertise and relentless drive make her the obvious choice to take on the essential task of further growing our business globally.”

He added: “The creation of this new role reflects the forward momentum of our network, with the recent launch of Lowe Profero and the growth of Lowe Campbell Ewald in the US, while in January; we also launched a new agency in Barcelona. We have a lot in the pipeline in 2014 so Naomi’s appointment is perfectly timed.”

Troni will take up her new role later in 2014 and be based in London to begin with.

Troni joins Lowe and Partners from Havas, where she has spent 10 years in key roles across Europe, the USA and Asia. Most recently she served as CEO, Havas Worldwide Southeast Asia, based in Singapore and overseeing operations in that market as well as in Indonesia, Malaysia, the Philippines, Thailand, and Vietnam. Prior to her time in Asia, Troni served as Global CMO of Havas Worldwide, based in New York, where she was responsible for leading the network’s global new business and marketing. Appointed to the role in 2010, she was, at 33, the youngest executive to have reached this level within a global advertising network. During Troni's time as global CMO, Havas Worldwide enjoyed a period of great success and expansion with major new business wins, and she also led the global re-branding of the Euro RSCG Worldwide network and its agencies as Havas Worldwide. She returned with Havas to the UK in 2014 as Managing Director, Global Collaboration.

Naomi Troni commented: "It’s an incredibly exciting time to be joining Michael, Tony and the team at Lowe as the network continues to grow in stature and scale. I’m looking forward to building on the momentum to drive growth, and working to strengthen Lowe and Partners’ positioning as a contemporary and distinctive network brand.”