Nando’s Eaters Indulge in a Spicy Game of 'Wing Roulette' 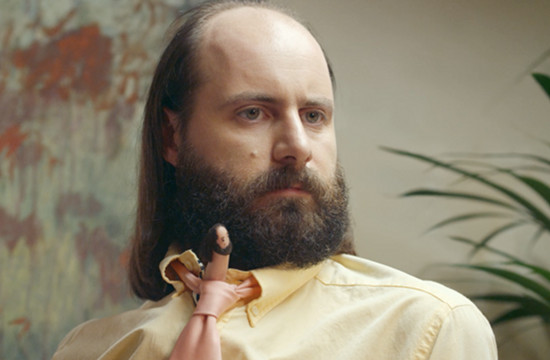 Nando’s has launched a nationwide advertising campaign to promote its Wing Roulette platter. Spanning print, online, and for the first time in the brand’s history, cinema, the ads show people having conversations with their ‘finger alter egos’.

Wing Roulette platters are a spicy test of chance with 10 wings and five different spices from Lemon and Herb to Extra Hot.  The campaign plays with the idea that your fingers are the front line soldiers when it comes to picking your wing heat – but are they on your side?

Press ads feature finger characters striking a pose next to Nando’s restaurant napkins that encourage the public to make create their own finger alter egos and take ‘finger selfies’ to share on social media.  The campaign is also supported by an interactive game on the Nando’s app.

Created by 18 Feet & Rising and comprising 20-second cinema ads, 30-second online ads and press ads, the campaign runs for six weeks across April and May.

Andrew Rayner, Nando’s Marketing Director, said: “Our first cinema ad is an exciting move for Nando’s. We’ve had a lot of fun working with 18 Feet creating these characters and bringing them to life.” 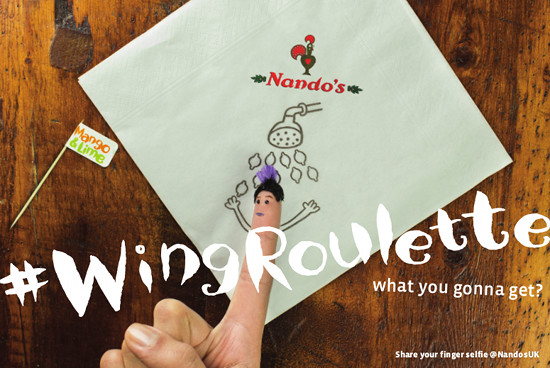 “Wing Roulette is a true Nando's delight, it's unique to Nando's and encapsulates what we are as a brand; fun, sociable and playful.”

Jon Busk, 18 Feet & Rising Managing Director, said: “With so many years of fun and irreverence behind the brand in print, digital and social channels, the translation into cinema has been a careful one.”