The inclusion campaign from Marvelous marks World Down Syndrome day 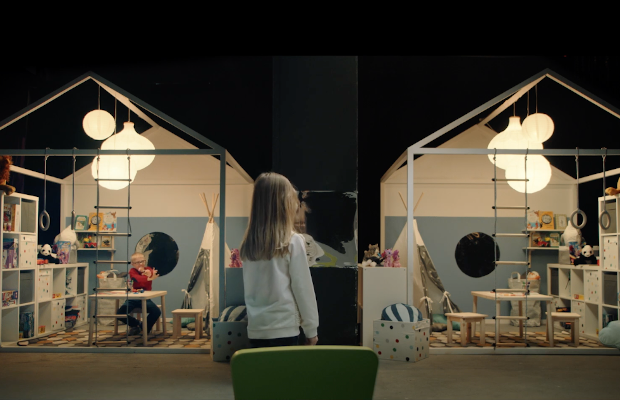 On 21st March, to mark World Down Syndrome Day, the Naked Heart Foundation, helping children with special needs, premiered a short film about the influence of adults on children’s attitudes towards peers with special needs.

The creator and director is Maksim Kolyshev, chief creative officer is Artem Sinyavskiy and the video was produced by creative agency Marvelous and Grandma Production and filmed at GastroFerma market in Moscow, Russia.

As children grow up, their opinions are shaped by adults and society at large, which often encourage certain attitudes towards people with disabilities. The stigmatisation of people with mental disabilities such as Down syndrome and autism is still quite common in many countries. According to research commissioned by the Naked Heart Foundation, the majority of people in Russia do not engage with issues faced by those with special needs – only 7% are prepared to help families raising children and young people with mental disabilities and more than 50% think that kids with Down syndrome and developmental disorders should be educated at home or in special institutions, rather than together with their typically developing peers. These attitudes are undoubtedly passed on to children at some point during childhood, thus affecting the way they behave towards their peers with special needs.

By the time they start school, children are already starting to adopt the behaviours and views of the adults around them. However, preschool children do not notice disabilities and are naturally accepting of people who are different to them. Therefore, to ensure that society becomes more inclusive, parents should explain to their children that all people are equal, have equal rights and should play a full part in society, irrespective of their mental or physical abilities.

“Children learn by example and we can set them a positive one! Let your children play, learn and laugh with all their peers, whether special needs or typically developing, and see there is more that unites us than divides us. Let them ask questions about mental and physical disability and be prepared to speak to them about special needs without making this a ‘difficult’ subject. Teach children what they’ve taught us.” – Natalia Vodianova, founder of the Naked Heart Foundation.

This short film is part of the Foundation’s wider advocacy effort to raise awareness among society in order to change attitudes towards people with mental and physical disabilities and their families.