Jennifer was previously Head of Design, Experiential at Refinery29 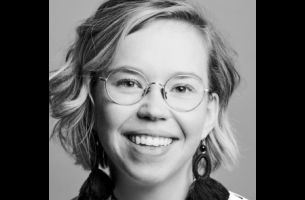 NA Collective has announced the new hire of Jennifer Whitney as creative director. Whitney will report directly to Founding Partner and Chief Creative Officer, Chiara Adin, and oversee creative across all clients including Tommy Hilfiger, Twitter, and SoundCloud.

Whitney comes from Refinery29, where she collaborated on the entertainment company’s popular 29Rooms experience. Whitney joined as the first in-house senior experiential designer and quickly climbed the ranks to become the design lead, working on three 29Rooms experiences, including the most recent iterations in New York and Los Angeles. Prior to Refinery29 she worked as a designer for David Stark Design, a full-service event design and production company.

On the hire, Adin said: “We were drawn to Jennifer’s ability to bridge gaps in culture, technology and lifestyle when building experiences. As we continue to work with brands to push the boundaries with adventurous activations, we are thrilled to have her on board and bring new levels of thinking to how marketers approach experiential."

This new hire comes at a time as the agency continues to expand and create activations for events such as CES, and SXSW, where they created activations for Twitter Commons, SoundCloud, and NBC/BRAVO.

On joining NA Collective, Whitney added: “NA Collective has created a truly unique and collaborative model that equally blends creativity and production. I’m looking forward to being a part of this hard-working team and hope to continue to pave the way toward creating a new kind of agency with them.”