My Lion Will Go On

INFLUENCER: TBWA\Helsinki's Jyrki Poutanen looks back at Lion-worthy work that matters for the planet 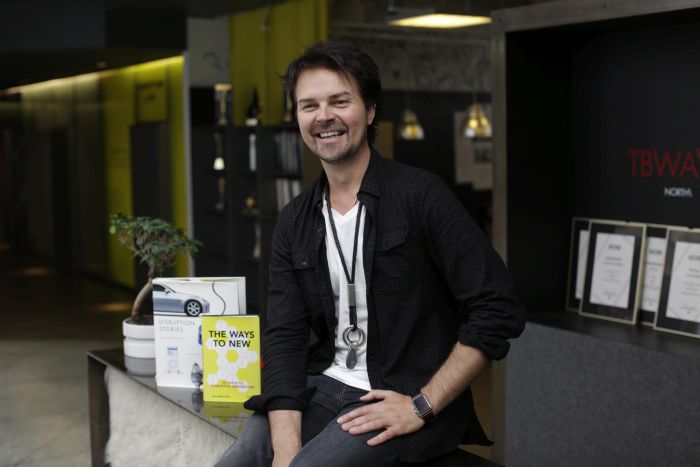 There’s been several Cannes Lions winner predictions around already. A few industry pets have been unofficially appointed and I really can’t argue against the professional conjecture and general opinion. Why should I? Nevertheless I was asked to have a go at making some assumptions on the potential winners.

So instead of making yet another list of the obvious and/or personal favourites, I thought I’d try to look at the competing work through a lens of the potential for positive global impact and change. Pieces of work and campaigns that will motivate us towards more sustainable choices and tolerant behaviour. And particularly the kind with an impact that could go on like Celine Dion’s heart and not just until the industry has bored itself and the client with them as reference-cases in their 'purpose-driven' pitches.

I certainly think there’s a layer of impactful and believably noble effort in many of the campaigns again this year, but with these I 'blue-eyedy' feel the aim to do good was on the table before anyone in the creative team could say ‘Glass Lion’ or have the insights team ‘dig up a megatrend to tap upon’. And yes, one of the below is running for the Glass Lion.

So here’s some work what stuck with me in this 'change for long-lasting good' context.

While Nissan’s #SheDrives is celebrating and supporting Saudi Arabia’s first female drivers, it’s touching a topic present even in the more 'liberal' countries, where women are taught to 'seek permission from men'. A lesson that takes conscious effort to unlearn.

Lacoste – Save Our Species

Lacoste managed to pull out - not the first - but one of the most visible actions harnessing brand valuable(s) for the good of the planet. Well executed example of corporate responsibility being an overlying and not an underlying agenda.

WWF’s #toolatergram being another beautiful example of an environmental message reinvented for the modern visuals-driven audience.

Renewable energy company Neste combined the data of thousands of climate studies, gamified it, then invited schools around the world to join and include the game in an environmental education program called EduCycle Exchange. A very holistic approach to achieve sustainable change.

Buzzwords aside, here's finally an influential use of AI technology itself while paving the way for other similarly reasonable uses of it to deliver actual meaning.

An important film in the age of over-achieving being forced onto our children.

There are several others, but the above came into my head first, so they became my ‘list’. The reality is that just being good, ‘having a good heart’, is a way to remain relevant. Goes for people, goes for brands. Whether or not 'purpose' has been overused and inflated, consumer’s still embrace a brand associated with a cause or higher meaning, even more than they embrace governmental authorities and decision makers. Advertising business has always been a vantage point and an engine for change. It has been balancing the possible evil it’s capable of with the good it can do. To keep with the latter, we must not let the lion hunt lead the act, but let these awards be the measure of it. The metrics for positive change.

While referring to that one particular hit song from the movie Titanic in my title for this piece, I looked up the lyrics. Turned out they were even more commercially superficial than I remembered. They could well be about an ad guy's - like myself - obsession for awards. It’s a scary thought. To wake up one day, look back and have your work be only about that.