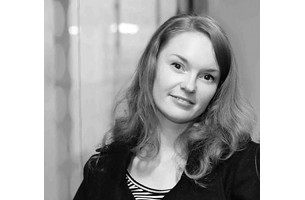 Nudging over the six month mark with the crew at LBB, I’m taking a moment out to reflect on some of the most memorable people and ideas I’ve come across since touching down in Sydney, Melbourne, Auckland and Bangkok. There’s still plenty of places to go and I wonder what city we’ll turn our spotlight to next.

With Spikes on the horizon, I’m hoping for the chance to head along to Singapore and put more faces to names and to check out some of our region’s finest creative on offer. However, interestingly enough some of the most memorable meetings are had when the award shows leave town and you stay on. So perhaps I’ll hang around?

Like all communities, we have our loud and softly spoken, proud and humble. And, depending on how lucky you get, you might just get the chance to share in some of their creative magic, and in the process, get to know the teams that support both the grand and nimble thinkers and ideas.

In a recent interview with Nattawut Poonpiriyaa, for our upcoming Bangkok special, the Thai director behind this year’s heart wrenching ‘Garbage Man’ talked about the time he worked his arse off in a New York City restaurant and the appreciation he wholeheartedly holds for the hardworking folk he shared the evening train-ride home with. The combination of how gracefully he put it and how precious his observation was – particularly in a city known as tough on strangers – really caught my attention. Especially when you watch the spot.

Getting to know Mark Sagar, the once special projects supervisor at Weta Digital Auckland – who now creates machines that can laugh, cry, learn and dream with The Auckland Face Simulator – definitely brought up questions I never though I’d ask myself, like: What if Gollum could sell me a movie ticket or teach me a lesson in French? I mean advertising is about emotion – and expression – so the concept of interactive digital humans and characters made a load of sense.

Admittedly it was Melbourne that made me think: “What the hell have I been doing with all my spare time?” I have Ben Keenan from Clems to blame for that. He introduced us to the town’s advertising hinterland of makers, doers, writers, designers, musicians and entrepreneurs. It appears a common trait amoungst our most creative to have a love project better than your day job brewing on the side. They can’t help themselves.

I was also in stiches over Republic of Everyone founder Ben Peacock’s reply to the tough questions on rebranding Australia’s gaffe prone Prime Minister Tony Abbot. My favourite retort? “The blue tie, the red Speedos. Gotta go. I know, they're so you. But if they're your brand pyjamas then let’s just say, you’ve wet the bed.” Indeed there are some genius funny people in the Sydney agency scene, with a list way too long to repeat here.

Alas, I’m just a few examples in but my intention is probably clear – it’s been an exciting six months writing as an LBBer; getting to know the people behind the profession and catching the quirky back stories you’d be hard pressed to guess. We hope to cover more news on special people and inspiring campaigns from the APAC region, with some upcoming global specials on Jakarta, Tokyo, Shanghai and Mumbai in the works.

So please sing out if you’ve got a killer story idea, I’m obvs all ears ☺