My Creative Hero: Why Mark Denton Is "The Godfather of Advertising" 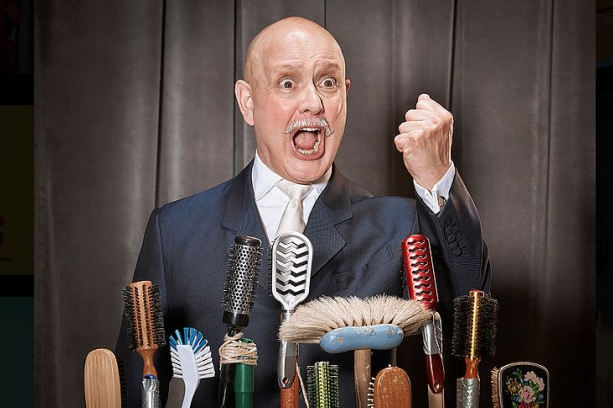 No doubt my creative hero is on many people’s list I’m sure. He needs no introduction. Gosh, how on earth would you even describe him? A purveyor of creative greatness perhaps? The Godfather of Advertising with his own custom-made wardrobe? However, I am fortunate enough to call him my mentor, my confidante and friend.

If it weren’t for Mark Denton, I’m pretty sure I would be still be a flailing account executive. My first meeting with Mark was after working at my first agency WCRS where I was indeed a flailing account executive. I was terrible and I hated it. Loved the agency but not the job. For anyone who criticises account handling, let me tell you it’s really damn hard being the middle man. I was dying to get back into production and my recruiter mentioned that advertising legend Mark Denton needed an assistant at his production company Therapy Films. I was a little intimidated prior to my interview, I’d heard many rumours of Mark through the grapevine (all true), but the brief sounded like an incredible opportunity plus I really wanted to know if he waxed his moustache.

Well, I had nothing to worry about. My interview was nearly four hours long! Everyone in the Therapy Films office had long gone home whilst Mark and I were still there chewing the fat as he talked me through his comedy box of chocolates and his Mexican Wrestling book. His colourful history was absolutely captivating from being fired from his own agency Simons Palmer Denton Clemmow and Johnson to being on Japanese TV to showcase his cartoon stately home. But most importantly, we both discovered we shared the same silly sense of humour so I was thrilled when my contract arrived on Therapy headed paper (see below). 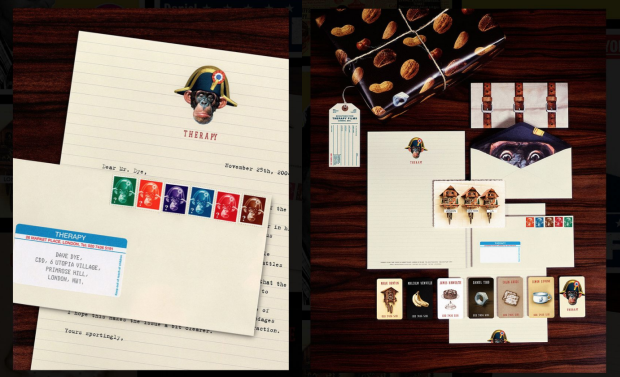 The two years at Therapy Films were certainly entertaining. As were the three years at Coy! Communications as Mark’s rep year’s later after a stint at DDB. You could guarantee that every day would be different with Mark. But most importantly he taught me everything there is to know about advertising and PR which has proved invaluable in my career and the start of Bot Inc. So I am going to impart some of Mark’s life lessons that he has instilled in me. 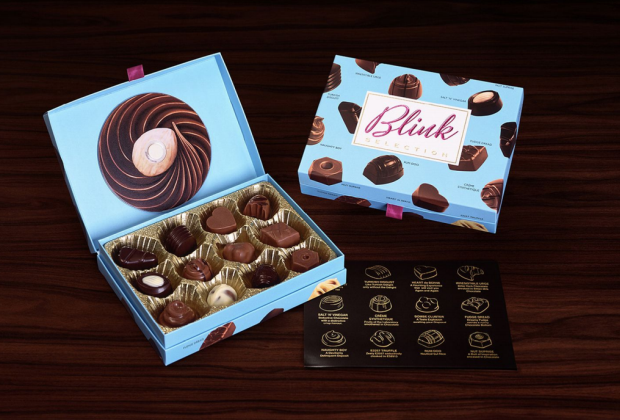 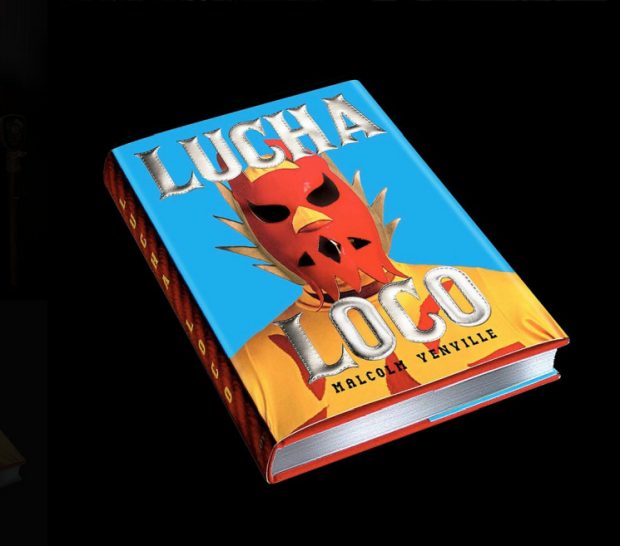 Those who know Mark know that he is very generous in sharing his knowledge and creative wisdom. My confidence was rock bottom when I arrived at Therapy (oh the irony!). Mark was invaluable at boosting my self esteem and actively encouraged me to think for myself and believe in my creative judgement. His faith in me allowed me to grow in many ways to the point he even let me cast an entire Heinz Beanz commercial on his behalf! (sorry Clive and Jerry - was good though wasn’t it?) Now I always go with my gut feeling. If something doesn’t feel right, it usually isn’t. Or if you think a piece of creative work is shit, it usually is!

This has actually been one of the best pieces of advice especially for someone who works in PR. Time and again I am given client press releases where I don’t understand the waffle, jargon and convoluted language. Keep it simple and to the point. Using big words doesn’t make you sound more intelligent. Because if you don’t understand it, you can guarantee no one else will either!

Be playful and laugh a lot

Working at Coy! with Mark and his producer Sara Cummins was probably one of the happiest times in my career to date. We know the industry can be bloody tough on occasion but our Coy! crew laughed a hell of a lot (as well as singing too!) We all had each others backs and were supportive of each other. But as hard as we worked (and Mark never stops creating - trust me!) we still found time to be stupid and play the fool. I have been fortunate to be one of the people Mark loves to dress up (see below my business card for animation company A Large Evil Corporation). If you are ever asked to be involved in a Coy! shoot, do it. You are surrounded by an epic pool of talent and it’s such good fun. 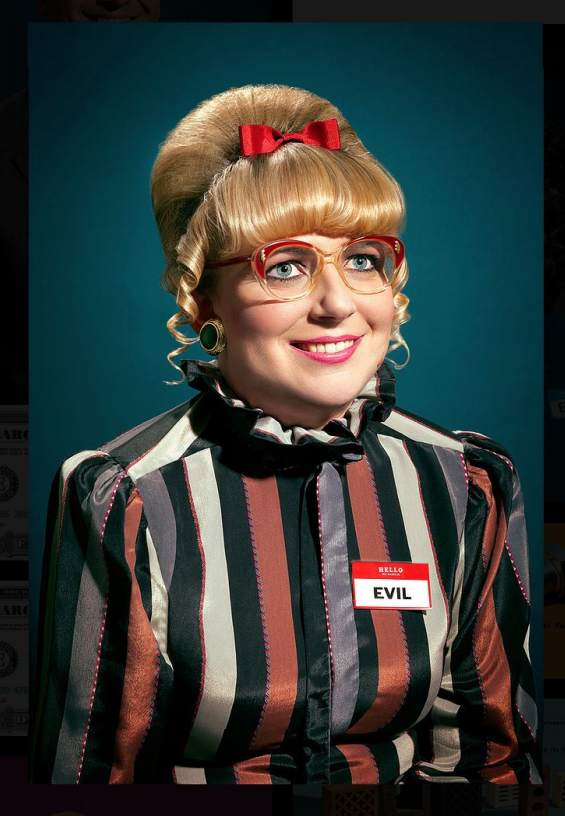 Another example is when we went to Amsterdam on a sales trip. Mark always asks creatives to come up with a poster to promote his talk. Mark ended up dressed in his nightie as an Amsterdam ‘ladyboy of the night’. When we arrived, the agency had blown up the image and proudly stood it in the window for all to see. School boy joke with a high end finish, that’s Mark’s motto. 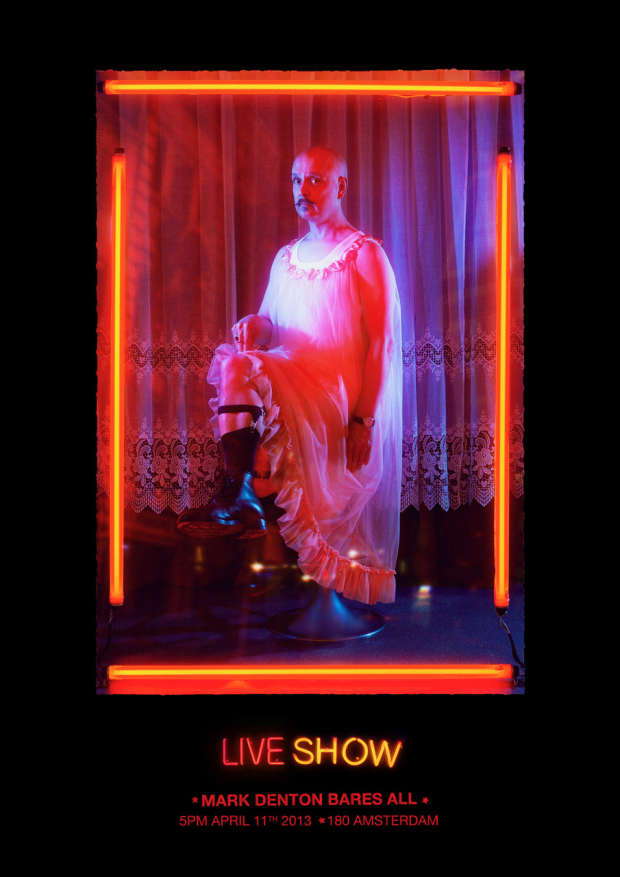 Better doing it than not doing it

Mark and I are rather similar in that we both have boundless energy when we are invigorated by creative endeavours. If it’s a good idea, you should do all in your power to make it happen. As Mark says: if they say no, maybe they really mean yes. We’ve had a lot of fun doing stuff we probably weren’t supposed to, or they told us not to. Last year Mark was asked to put on an exhibition of his work at Jealous Gallery. So he went one step further and turned the space into a shop selling tin cans and worms in apples. He also created some business cards for the wonderful designer Kate Henderson. They were so good they ended up in the summer exhibition at the Royal Academy of Art. Just be creative and do it. What have you got to lose? 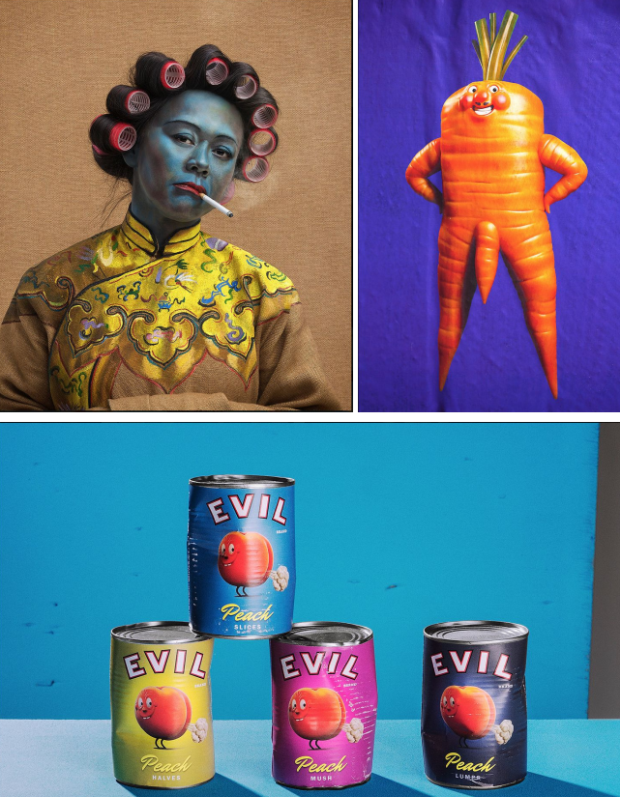 Tea solves all of life’s problems

But I think out of all his creative endeavours, probably the most important lesson I’ve learned of all is he told me just how to make a proper cup of tea. Mark and I have had long debates on a) the importance of tea and b) the colour of said tea and c) just how many cups of tea is acceptable in one day. We both agree that Rosy Lea is the perfect colour of a good cuppa however we disagree on the teabags. I like Earl Grey which Mark says tastes like gnats and is vile. We’ve even gone a step further and debated what cups we like to drink our tea out of because it does taste better in some mugs than others. If you don’t believe me, please ask Juan, Mark’s producer for a Denton tea chart specifier. He only has 1000 of them left. 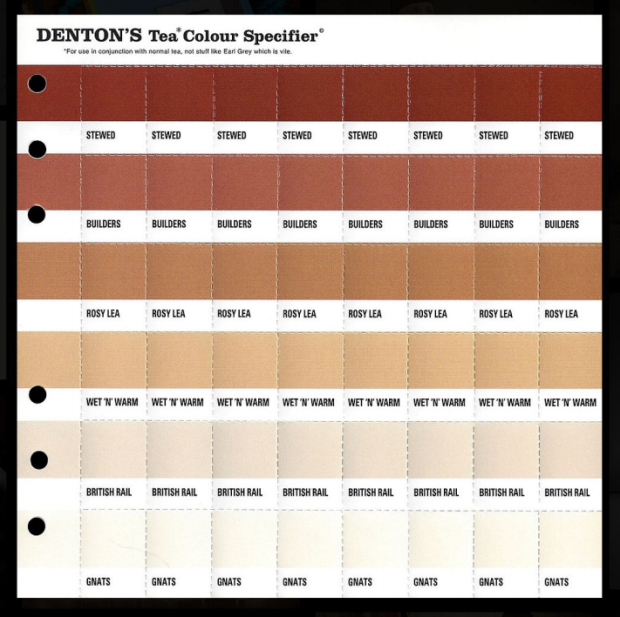