Michael Scantlebury, creative director and founder at Impero discusses his biggest career move straight off the plane from New Zealand 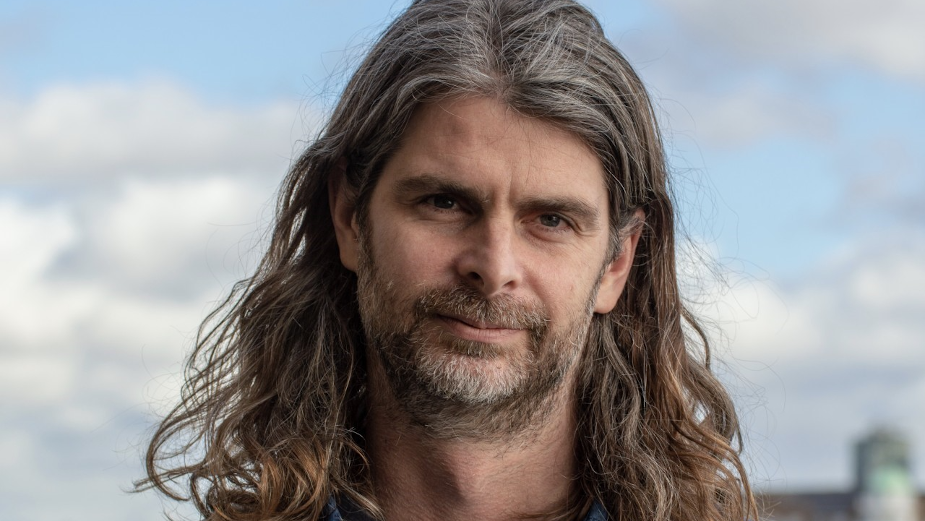 Michael Scantlebury, creative director and founder at Impero reflects on his biggest lesson of starting an agency fresh from arriving from New Zealand.

I did a very dumb thing on day one of my career. I started an agency. It was dumb for two reasons. Firstly, I had just arrived from New Zealand and literally knew no one in the UK. And, secondly, I had never worked in an agency before. So everything I learned was through trial and error for quite a while. I likened it to a confused teenager looking in front of a mirror and asking “am I normal?”. So, I spent a lot of my time asking other agency owners how the hell you do this. It’s always a good tactic I reckon, nothing to be lost by simply asking others that have done it before you. More often than not they're more than happy to oblige. I still do it today as it never stops being valuable and I always think the best advice comes from those who have been there, done that.

One of the people that I used to ask (and is now a good friend of mine) was Patrick Collister. I met him early on when I attended a Google Camp in California with my Pernod Ricard client. An ex-ECD at Ogilvy (and ‘experienced’ enough to have worked with David Ogilvy himself) he was then, and is now, as close to advertising royalty as they come. We struck a chord and he invited me to a few events to connect with others and help this rookie Kiwi find his feet in UK adland. In about 2014, Patrick generously included me in a dinner at the Groucho Club for Creative bosses and when I saw the guest list of top shelf ECDs I was all nerves. I didn’t belong amongst all these industry celebs, Impero was just finding its feet in the UK and here I was being included with the BIG players behind blockbuster work. But I pitched up that night and was instantly relieved. I realised that these icons of mine weren’t strutting egos basking in their glory.  Expecting peer backslapping, the tone of the evening was far more humble. In fact, more surprisingly to me I noticed they were all a bit like me - nervous wrecks!

This is when I figured out, nobody really knows what they’re doing and it was a great relief. Here were some of the biggest names in the industry and they were all saying the same thing - it’s about a leap of faith. It’s about squashing the nerves and doing what feels right. Nobody had a concrete formula for success. They just had their experience and their ideas. The rest was always in the lap of the gods.

I understood for the first time that we’re all winging it to an extent. I was struck that there is no soothsayer behind great work. No one can guarantee the success of an Epic Strut or Meerkat campaign or Lexus Hoverboard. And if they do, they’re liars. Instead it takes a passionate and creative leader with faith in their team, who keeps going despite their nerves. I realised that these bigshots at the Groucho were all perfectly aware that a big pinch of sorcery was to thank for their accolades.

Rather being intimidated, we should take example from the creativity, vision and guts of our idols. Take a chance, and learn from our mistakes when we have to. Rather than over analyse... tie ourselves in knots… endlessly fiddle the algorithms... crunch the data until the early hours - the truth is, in this game, in the end, you have to take a leap, believe in your idea and keep going.

And don’t forget, luck plays a bigger part in success and failure than most of us ever give credit for. Great strategies, great creative, great talent of course helps determine the success of many amazing campaigns. However, you can’t forget the power of luck. It seems disheartening to say but it’s true. There has been so much research done into how luck plays a part in everyday successes and failures that it can’t be discredited (check out the work of Robert H. Frank and Nassim Taleb to dive in deeper to this idea).

So that’s what I now tell all young creatives. If you’re not a nervous wreck, you’re doing something wrong. Don’t fear it, revel in the uncomfortableness of it. It’s normal. It’s the job. Do your best to embrace it. If you feel too comfortable, your work is probably too comfortable. And comfortable work is wallpaper. My advice for creatives and marketers is to concentrate only on the inputs. Not the outputs. If you have a goal to win X amount of pitches, or get X amount of awards, that goal is as good as useless until you work out the inputs that will make that happen. Work out how to control the inputs, the strategies and the ideas. You control the inputs, not the outputs. So concentrate on them. The outputs will be what they will be, and on target with a big pinch of luck.

And finally, and most importantly, don’t forget the most underrated of all disciplines. Hard work. Jerry Seinfeild has one piece of advice for all budding stand up comics: 'just work'. Get out, perform the same show over and over and over again until you have it perfected. Then do it again and again. The same goes for creative work. Never stop being curious. Never stop producing work. The more work you do, the more chances you have of getting lucky. And the better you get along the way.