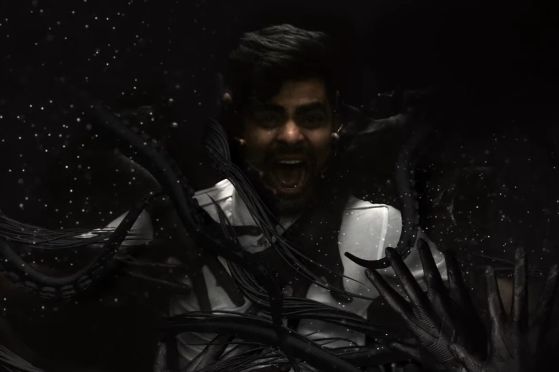 MuveAcoustics, part of the Zeeva group, has released a multimedia campaign created by TBWA\India in association with Virat Kohli to launch a range of personal audio equipment. With over 25 years of experience in audio products in the international markets, MuveAcoustics have now entered the Indian market with the aim of establishing their brand’s high performance audio equipment range.

The campaign created by TBWA\India is inspired by Virat Kohli’s life and a significant night from his life, in particular. Virat is not only a mega athlete but also a huge icon for youths worldwide. The film is a celebration of what’s inside him. It explores the thought that what’s inside us orchestrates what we do on the outside. It is true of us and also MuveAcoustics high performance audio gear. The campaign took six months from ideation to execution. It was developed after in-depth understanding of Virat’s life thus far and includes direct inputs from Virat himself. The intent was to tell an authentic story about Virat and not get lost in the sea of celebrity advertising.

Parixit Bhattacharya, managing partner-creative TBWA\India says, “I love Nitin and Akshay’s vision for MuveAcoustics. They have piercing clarity about where the brand should be. We wanted to tell an authentic story with a voice that was distinct. When I narrated the script to Nitin, he said he had goosebumps. That point onward we knew we had something we could really play with. I must acknowledge the unwavering dedication of all at Boot Polissh throughout the project, especially Shujaat. We also spent a considerable amount of time on the music strategy. Eventually, Stealth’s Judgement Day seemed to be the track that gave the film another layer and the right atmosphere. Being an audio gear brand, music was of paramount importance.”

Speaking about the association Virat had said earlier, "Young Indians today, including me, are uncompromising about their entertainment experience and the gadgets they use for the same. This is what makes the launch of MuveAcoustics such an exciting development. Backed by Zeeva’s 30+ years of domain expertise, the brand is providing consumers with acoustic solutions designed specifically to deliver the best sound quality. Having been associated with it since the very beginning, I know first-hand the kind of appeal its diverse and innovative products hold for people of my generation"

Shujaat Saudagar who directed the film said, “The film embodies everything Virat Kohli stands for...as a symbol of leadership, passion and courage, he has been able to overcome every obstacle thrown at him. And this is because there is a solid foundation inside him and that is what the product MuveAcoustics is built on...inside is everything.“

Music heard through superior quality personal audio equipment has the ability of transporting a person mentally to a space of inspiration and motivation, bringing out the best in them, thus the theme “inside is everything” is a call to all to stay motivated and reach inside to perform their optimum best.

The script drew inspiration from real events in Virat’s life, which were then layered with his inner journey from the time his international career started.

The film was directed by Shujaat Saudagar of Boot Polissh and shot by Tassaduq Hussain, while the stills have been shot by Suresh Natarajan. The film targets everyone from audiophiles to casual music lovers.