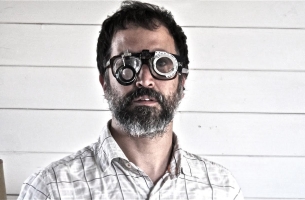 Mustard London is delighted to announce the signing of director Marc Corominas.

Marc’s love of filmmaking stems from secretly watching Sergio Leone’s Once Upon A Time In America as a young child. The sprawling story of gangsters, assassinations and drugs left a real mark on him and set him on his journey as a director.

He studied audio-visual communication at the University of Ramón Llull and in 2004 his personal project Resized04 was selected for the prestigious RESfest film festival in New York.

Since then, Marc has established himself as a director with great visual and storytelling flair shooting campaigns for clients including Playstation, Nike, BBVA, Coca-Cola and Toyota. His recent film Construye for the Foundation Against Drug Addiction has garnered much acclaim.