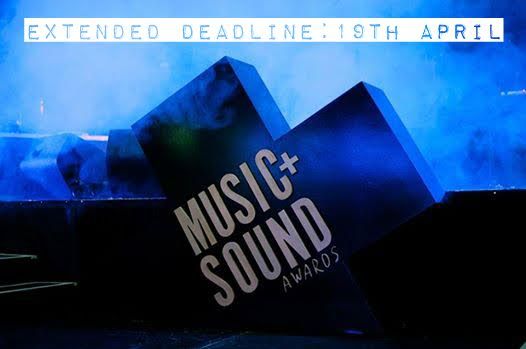 To allow for the rocketing interest in 2017’s Music+Sound Awards, the organisers have extended the entry deadline to midnight (GMT) on Wednesday 19th April 2017.

For a sixth year, the global competition will showcase and celebrate both established and emerging talent from the world of media music and sound. They will once again present awards for best original composition, sound design, sync, re-records and use of production music in film (features + shorts), TV, Trailers and Advertising.

Managing Director, Emma Maguire says, “Entries have been coming in thick and fast from all around the globe. Advertising agencies, production companies, composers, music supervisors, sound designers, directors, publishers and music production companies have all been quick to see the potential of the endorsement offered by the Music+Sound Awards’ jury panel of distinguished industry figureheads.”

The awards will be open until the end of play on Wednesday 19th April 2017. Entry details and competition rules can be found on the awards site.