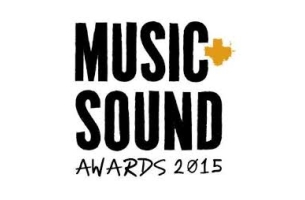 With just a few weeks to go before this year’s UK Music+Sound Awards ceremony at Café de Paris, the official list of finalists has been released following a record number of submissions. You can view the full list here.

Now in its fourth year, the Music and Sound Awards has become the mark of excellence for those that practice and commission the crafts of music composition, supervision, and sound design in the media industries. The Music and Sound Awards 2015 list of nominations details the best of the best from the past twelve months’ advertising, film, television and gaming productions and releases.

A panel of twenty-one industry figure-heads considered each entry meticulously during a day of judging at the BFI in Central London earlier this month. Close attention was paid to each and every entry and decisions did not come easily. In-depth discussion and detailed review lead the jury to the decisions that now form the official shortlist for the 2015 Music+Sound Awards.

Paying tribute to the incredible talent involved, Music+Sound Awards co-founder, Nick Payne, comments, “This year we have been taken aback by the hugely increased number of submissions, all of which have been of exceedingly high quality.  With so many entries the competition is fierce, making the achievement of the finalists all the more notable.  As always, the awards provide a fantastic opportunity for these individuals and companies to receive the recognition and reward that they so truly deserve.”  He goes on to say, “We would like to thank all those who entered and show appreciation for the hard work of our remarkable jury.”

Winners will be announced at a glittering ceremony on Wednesday 4th March at Café de Paris in Central London.  Tickets available to buy at http://www.masawards.com/uk/buy-tickets.php. As last year proved, the night will once again be the music and sound for media industry’s networking event of the year.