Composer has worked with award-winning filmmakers, choreographers & photographers from across Europe 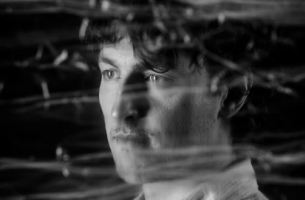 Angus MacRae is a composer and musician based in London.  He has collaborated with award-winning filmmakers, choreographers, theatre directors, animators and photographers from across Europe and beyond.

Recent film credits include short film The Listener, which received its European premiere at the Edinburgh International Film Festival 2015 and Interlude, winner of the Sci-Fi London 48 hour film challenge 2015. He has composed for international advertising campaigns for brands including Sony and Toyota.

Angus has also worked extensively with dance, his work includes Lucid Grounds, choreographed by Tamsin Fitzgerald for 2FacedDance, which was a collaboration with composer Alex Baranowski that toured the UK in 2015; and Meeting, which premiered at The Place, London and was subsequently selected as a finalist in the Copenhagen International Choreography Competition.

Angus’s debut EP, Awake, was released in early 2015. Set against a backdrop of spiralling tape delays, distant voices and deep analog synthesisers, the 4 track album revolves around a collection of intimate piano improvisations, performed by the composer.

Angus MacRae says of the signing, "I'm thrilled to have signed with Manners McDade and to join their fine roster of composers, many whose work I greatly admire. I'm very much looking forward to working closely with their brilliant team in the future."

Catherine Manners, Director of Manners McDade says of the signing, "We've been following Angus' career for a while now and are delighted to be working alongside him as his exclusive publisher. He's definitely a name to look out for in the future."