Music vs Sound: The Great Debate

The Influencers 571 Add to collection

INFLUENCER: Culum Simpson, sound designer at GCRS, on the differences and crossovers between sound design and music 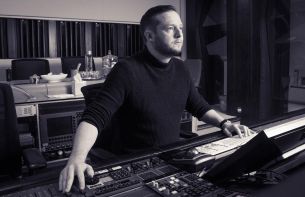 “Oh you work in music? Great – my TV's not working, could you be a dear and take a look at it?” As a sound engineer, I’ve been asked this more times than I care to remember and, before you ask, I don't work in music and no, I won't fix your telly.

Working in audio post-production is pretty much a dream job. Every day is different; it’s technical, creative, challenging, and above all else it’s fun. The vocation has also acquired an almost cult-like status, as very few people actually know what it is, yet it is vital to film and television -  something most of those people will spend nine years of their life watching. At first glance the similarities between music and post-production are striking; same mics, same speakers, same mixing desks, same grumpy guy in a once black crew neck t-shirt running the show. But the skills required – other than good hearing of course – are wildly different and people should know that.

Now it’s more than likely that I'm just getting bitter in my old age or potentially still clinging on to some unspent petulance from my youth, so I'm happy(ish) to put that aside and take a brief look at what makes sound design and music similar and where they cross over.

To kick things off: sound design is the process by which the engineer/designer uses recording, synthesis and pre-made sound FX to create a soundscape. It may not correspond to anything on screen in a diegetic sense, but builds tension and conjures emotion that adds to, and in some cases completes the images we are seeing. It’s musical, but it isn't music. Why? Sound design hits certain beats like music, maybe not beats that adhere to any time signature we've come to appreciate but it hits them regardless. It evokes emotion like music and, without stating the obvious, you listen to it…like music. How many rhythmic elements do we have to add before we stop designing and start composing? Can it even be done?

It’s hard to think of a situation in which this has happened (in my experience at least). Sound design by its very necessity fills the gaps in which a more traditional musical score fails to cover. Even in its purest form when no score is used, I'd be hard pushed to call the resulting flourishes of sound design required to fill a soundscape fully, music. Having said that, there is one situation in which the lines are blurred slightly: horror films. The use of aquaphones (look it up, they're amazing) tones and discordant string rises create something that might be seen as both sound design and music. I believe this is down to the purpose of each technique being aligned: they both are used to scare you. In other genres, action for example, the music is there to set the pace and create excitement while the sound design is there to sell what’s happening on screen. But in horror, the music and sound design occupy the same space, to create tension and unease. Perhaps it's due to the non-harmonic nature of what is required in the genre that allows for this crossover.

What about music that veers in a different direction, freeing itself from the shackles of conventional rhythm and popular song structure? How far does it need to go until it ceases to be music and becomes something else? It’s an exciting time for music as the internet is connecting people with all manner of styles, and in doing so is creating larger fan bases for new genres. The technology surrounding music creation has become less power hungry, more accessible and easier to use, while the setups producers and composers are able to build are getting wildly more intricate; with that complexity comes a broader scope of genres that bend and often break the idea of what we perceive as music.

It’s a tough thing to know where that crossover point is, or why it is that music seems to have an easier time of making the leap over it. Maybe it's the fact that music, in its purest form, exists only for its own sake, whereas sound design is more often than not serving something else: a film, a play, an instillation. In order to make that medium richer, it rarely exists on its own … maybe it should or maybe that makes it music.

I don't have the answer, but have a think whilst you listen to some music that I think lies on both sides of the line.