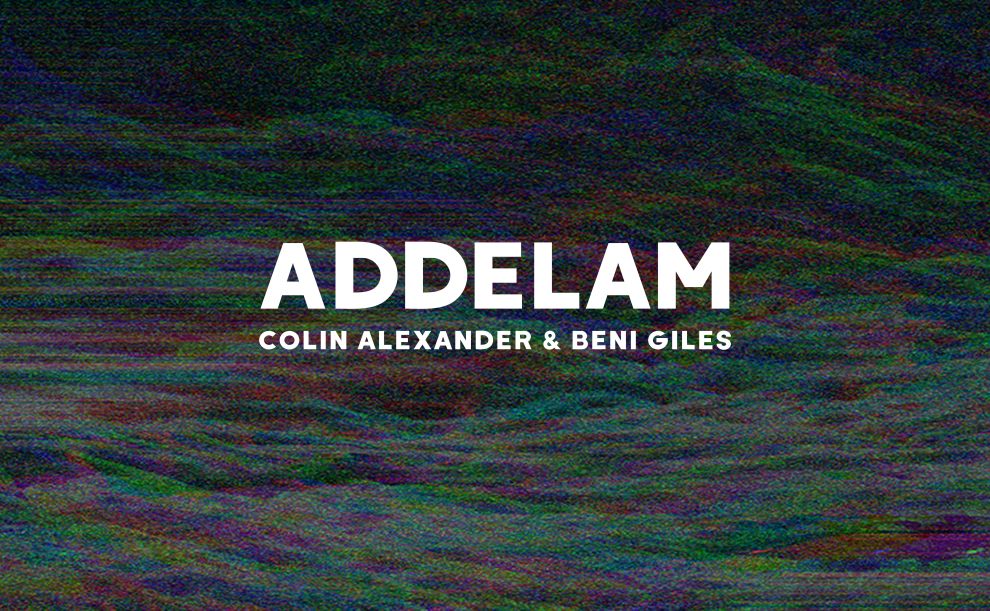 Inspired by the natural beauty of expansive pebbled beaches and famous white cliffs in Deal, East Kent, Addelam’s debut album explores the melodic and percussive capabilities of the cello. Comprising of Beni Giles and Colin Alexander, the duo’s experimental music is recorded in a number of different locations using field recordings, site-specific sounds and instrumental improvisations, which are used to beautiful effect. The name ‘Addelam’ derives from the description of the town and surrounding area as it appears in the Domesday Book from 1085.

Beni Giles comments: “This album grew out of late nights spent improvising in front of the fire. The creaky old house became integral to the aesthetic, as well as the howling winds and crashing sea in the distance. We wanted to make a record that brings the listener deeply into whichever space the piece inhabits.”

Beni Giles is a London-based composer and producer who works with a variety of artists across genres. His own works have been performed by the likes of Vickers Bovey Duo, Tre Voci cello ensemble, Kit Downes, and CHROMA ensemble, amongst others. He is a longstanding collaborator with Nonclassical, through which he has received performances with orchestras and ensembles across Europe and contributed to several releases.

Says Colin Alexander: “Movement and colour, burning and flowing - timbral magnifications of the natural resonances and overtones produced through unique cello techniques, framed in a series of studio and field recordings.”

You can buy tickets to their upcoming launch event (28th January 2019) here.

'Egress' is now available to stream on Spotify and iTunes.