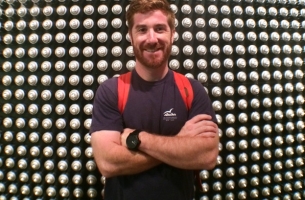 Recently launched music company and record label Ring The Alarm continues to bolster its burgeoning team with the hiring of Senior Producer Jack Catlin. The Boston native will work out of the bicoastal music company's Los Angeles studio.

Catlin comes off a successful three-year stint as Senior Music Producer at Squeak E. Clean, having previously worked as a sound design producer at Stimmung. He joins Ring the Alarm with an impressive resume, having produced well-known projects for Samsung (“Sweet Dreams”), Smirnoff (“Nocturnal Awakening”), Mini (“The Best Test Drive Ever”), Cadillac (“Re-Ignition”), and Nike (“Rise”), among many others.

He has collaborated on a number of prize-winning spots including the Adobe “Click Baby Click” campaign, which was named one of TED's Top 10 Ads Worth Spreading; the Emmy-winning Coke “Heist” spot; and the hyper-iconic Old Spice campaign “The Man Your Man Could Smell Like,” which won the Grand Prix for Film at Cannes, along with a Primetime Emmy Award for Outstanding Commercial.

“I feel like part of something new and fresh in the industry, a tangible shift in the right direction,” says Catlin. “Ring The Alarm is taking the existing model of what a music house is and progressing it to where it can best realize its potential.”

Ring The Alarm was launched in 2014 in response to the old paradigm, with its founders forging a completely new disruptive model dedicated to empowering independent artists and connecting them with content in a pure and true fashion. Functioning both as a music production company and as an independent record label, Ring The Alarm is a creative breeding ground that focuses on emerging musicians creating their own distinctive sound, while simultaneously developing the audio identity of clients in the advertising world.