Trends and Insight 364 Add to collection 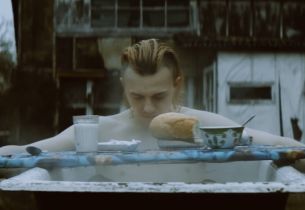 Who will prove to be the earworms for 2017? Admittedly, each person’s opinion on music is different to thenext, and what a person wants to listen to at a particular time can altermassively due to emotion, place, time of day and more. But in this two partstory series, LBB’s Addison Capper catches up with adland sync companies andagency music heads to find out the unknown artists set to make it big in 2017.Headphones on and lock in.

Check out part one here.

"Manatee Commune, the stagename of Seattle, Washington’s Grant Eadie, is a name that you will be hearingmuch more of in 2017. Mixing a plethora of beats, synths and other electronicelements with live guitar, percussion, strings, etc., Edie weaves it allseamlessly together to create the warmest and most beautiful soundscapes, alongwith some big, bold pop hooks. I truly think he’s on the cusp of really blowingup in the New Year and beyond."

"Hailing from Estonia, KanyeEast (as he is known to his fans) is ripping up the hip hop playbook andbringing eastern rap to the west. Emerging from a predominantly Russian ghettoin Tallinn and taking a cue or two from Die Antwoord, Cash is visuallyarresting with his eccentric music videos, style and beats. There is severityin his uniqueness and it really comes to life in his music videos, which healso directs. It’s better to not know what to expect with Tommy Cash; justgoogle his name and let the internet do the rest."

"Sweden-based rapper Saintcaught my ears and my eyes when I saw the music video for his song Holly. Inmany ways it’s an odd video for this song, but I really like it. I just want toget up and line-dance to it. I love the energy, the beat and the quirkiness init. Saint is originally from Gambia and made a rough journey to get to and beable to stay in Sweden. He released his first single when he was 18 years oldin 2014. I hope that we will get to hear more from him."

"Liss are a four-piece hailingfrom Aarthus, Denmark, whose brand of experimental guitar pop is guaranteed tobring a slice of summer to even those darkest first few months of 2017. They’vebeen described as 2016’s answer to UB40, but don’t let that put you off (unlessyou’re a UB40 fan, in which case presumably Christmas has come early for you).They land on just the right side of boy-band earnestness, and their aesthetic –all denim, sweatshirts and skin-heads – are all at once ‘90s throwback, and afresh take on the usual all-male guitar-pop trope."

"He released his first singlein 2015, but I heard him this summer and fell in love with his song Rihanna.It’s such a perfect dance tune that is inspired by, yes, Rihanna. He has usedthe titles of her most famous songs to combine the lyrics and, together withthe beat, it becomes this amazing tune. NOEP is actually the musician AndresKõpper from Estonia. If you get the chance to go and see him, do it. Aone-man-show that will make you dance."

"Great name, super weirdsound. An amalgamation of his previous goth, neo-soul, jazz incarnations, NewYork artist Josh Wise has settled on something a bit more R&B gospel forthe time being. Signed to the always impressive Tri-Angle Records,serpentwithfeet released a powerful EP this year, produced by the brilliant(and recent Bjork collaborator) Haxan Cloak. If you peel away the theatrics andreligious imagery, you are left with rather astonishingly powerful music;experimental minimal classical instrumentation married to the softest ofvocals. This (like the rest of mychoices in these articles) wont be to everyone’s taste but if you are open tosomething a little different, you can do worse than starting here."

"Nadia Rose is a 22-year-oldrapper from Croydon and a member of the reigning royal family of grime (Skeptaand JME are cousins). Anyone else might crack under the weight of expectationplaced on her as a result of this familial connection, but not Rose. This Julyshe took the main stage at Wireless Festival by storm, and as a result ofAzealia Bank’s much-publicised racist and homophobic Twitter rant, the youngBritish MC took the New York artist’s place at the top of the bill at Born& Bred festival. Her attitude, high-octane beats and distinct voice will nodoubt make her a 2017 mainstay."

"The singer from the bandAmason has made her own record, together with the producer Petter Winnberg, andit is pure smoothness from the first to the last track. Her voice isincredible, and together with the presence in her singing, she creates magic.Really looking forward to hearing more from her in 2017…2018…2019 and beyond.Perfect listening when you need a calm happy-place."

"I discovered Ash Koosha through a friend. The Iranian multi-instrumentalist's backstory of seeking asylum in the U.K. due to playing a lead role in an Iranian film is interesting in itself but his music is what really grabbed my attention. I can only describe it as if Arca and Haxen Cloak had a lovechild. It's a blend of electronic noise and erratic beats that move together in a satisfying chaos that is incredibly unique and thrilling. It's hard hitting, funny at times but also emotional and calls back to his roots via sample choices and rhythms. Not only that but his live shows include incredible imagery and are completely hypnotic should you get the opportunity to see a performance. If you're looking for something out of the ordinary I highly recommend giving this album a go!"