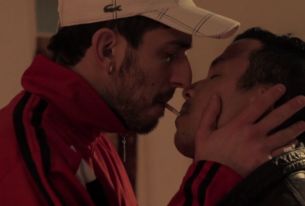 Who will prove to be the ear worms for 2017? Admittedly, each person’s opinion on music is different to the next, and what a person wants to listen to at a particular time can alter massively due to emotion, place, time of day and more. But in this two part story series, LBB’s Addison Capper catches up with adland sync companies and agency music heads to find out the unknown artists set to make it big in 2017. Headphones on and lock in.

Check back tomorrow for part two.

"I really wanted to sign these two to my label but they’re too cool for school and have done everything by themselves. They self released an amazing debut LP with no label support or management at all. DIY the way it should be. They’re a girl / boy duo from Orlando, Florida who write the most sincere lo-fi songs you’ve ever heard (think reflective melodic guitar pop and you’re on the right track). Even though Sales have been online darlings for a couple of years, it’s been limited to an American audience. With an EP and LP behind them and an upcoming European tour, 2017 should be the year they infest more people’s ears."

"This french electro duo has made one of the most emotional dance songs I’ve heard. It just makes you want to close your eyes and dance the night away!"

"The song is brilliant on its own, but it’s even better while watching the video. It reflects that great party, where you dance, drink, talk, laugh… and it´s still just the two of you there. A perfect sync between music and picture. So excited to see what more they will do (hopefully soon). "

“Seramic is a thus-far illusive figure; the information we, the listeners, have been drip-fed has been kept purposefully minimal. What we do know of the London-based producer is that as of this year he has an EP (Found) under his belt that offers funky R&B jams that explode into gospel-inflected choruses. The production is razor sharp, yet never threatens to detract from a sense of warmth bestowed in no small part by Seramic’s soulful vocal delivery. Watch out for this one.”

“French Singer Jain is living proof for the international rise of modern French pop music. Last year’s release of her debut album included her instant No.1 single ‘Come’ in France, and also gained first chart success in various European countries. But this is just a small indication of things to come. The new video for ‘Makeba’, her song about South African civil rights leader and singer Mama Africa Miriam Makeba is already hitting big on YouTube and Spotify. She has an ear for danceable melodies, but even more important, she’s creating a truly unique new style by blending Arabic percussion, African rhythms, electro, reggae, soul and hip hop. Finally refreshing sounds shaking up the industry, booked for SXSW 2017, a North American tour and rightfully nominated for the MTV European Music Award.”

These are a new band with a group of experienced musicians such as; Lykke Li, Pontus Winnberg, Andrew Wyatt, Björn Yttling and producer Jeff Bhasker. It was formed in 2016 and it sounds amazing! And looks amazing too - I love the artwork that they used for their two singles, which was made by Maria Nordström. The single Wings of Love makes me want to run over a meadow and be carelessly happy, or drive my car on a country road and let the summer breeze roll over me. I know you’ll understand when you listen to this:

Time to come clean and offer a shameless plug; I have a 12” record label as a hobby and this is my latest signing. She is the most talented and creative person I have ever met in my life and it depresses me that I don’t even have 5% of her skills. I am loathed to describe her music because it’s genreless and jumps around everywhere, however I’ll give it a go. If FKA Twigs found gabber music via Inga Copeland and Dean Blunt and started writing techno sound design songs, then you might be close to what Astrid is creating. Debut EP drops February and is available on 12” vinyl and digital download. Plug over.

“The split personality, attitude-laden beats of Indiana-born, Brixton dwelling singer-producer Bonzai muscled their way into our lives this year and are here to stay. Her first two EPs, Royah and Lunacy, established her musical voice as a sometime melodic singer, sometime snarling rapper, and her third offering, Sleepy Hungry, contains all the techno-inspired brashness of its predecessors and more. Bonzai’s bold, technicolour sound will surely capture the imagination of the sync world in 2017.”

She is a singer from Wales that started off as a model, but left that industry to make music. I love her voice! It’s so rare and dramatic, like listening to Cher or Annie Lennox… but still not. She has this melancholy and sometimes sadness in her voice, and over the big beats it sounds like magic in my ears. Looking forward to hearing more from this girl. Listen to Faith and you will understand what I mean.

Pete: “I’ll be shocked if you haven’t come across Kelsey Lu’s haunting debut EP, Church. It was one of the most engrossing releases in 2016, particularly because of the minimalism contained within. Recorded live in a church, it consists of Lu’s stunning vocals, her cello and a loop pedal; nothing more. With such sparse instrumentation it isn’t a ‘light’ record, the ambient space makes for an hypnotic atmosphere of intensity. I appreciate how wanky that all sounds but trust me; if she managed to capture a big audience in 2016 based on a debut six-track EP, 2017 will surely be monstrous for her with an album in tow.”

Leland: “26 year-old Kelsey Lu, born Kelsey McJunkins, is a classically trained cellist and vocalist and it shows. Her debut EP, Church, recorded in a Brooklyn church and co-produced by Chairlift’s Patrick Wimberly, has caught the ear of the likes of Blood Orange and Florence + The Machine, and is at once sparse yet rich, vulnerable yet muscular. Kelsey Lu’s gentle, introspective power could be the perfect companion for film.”

Rudie Edwards released her own first single in September this year, after writing and recording for other artists. She was born in the UK, and was introduced to music, such as punk and soul early in her life. Later on that plus the music Destiny’s Child inspired her to start making music herself. Her single ‘I’m Not Her’ has such a cool ease of listening and I love the ’80s feel to it. Put on your earphones and slip into the world of Rudie Edwards - whether you want to dance or just walk around town, you’ll feel cool.

It’s likely you’ve heard Sampha’s rich, expressive tones smattered all over SBTRKT’s albums, or if not at least one of his number of other notable collaborations (or indeed his 2013 EP, Dual). And there’s no denying; his voice is quite unmistakable. His debut LP, Process, is set to light up in February and the first single, Blood On Me, has already got the buds quenched. This is an artist whose vocal talent and great range will be in full flame on his full-length project and his will certainly be a voice we all will hear a lot more of in 2017.