Trends and Insight 521 Add to collection 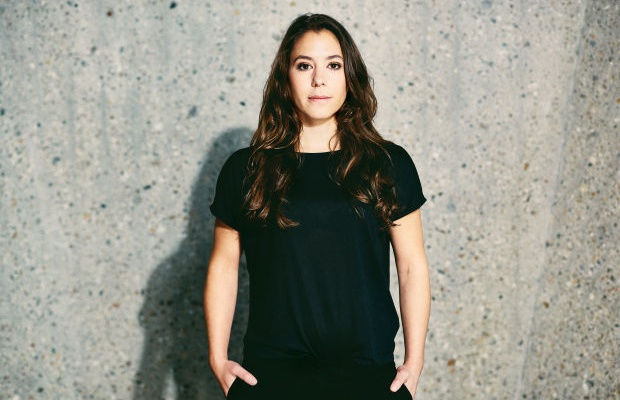 Sydney born but living in London for longer than she would like to admit, Soraya started her music career with a bang: now only was she responsible for the meteoric rise of Above & Beyond but she also worked on the management of music artists such as Swedish House Mafia, Groove Armada, Miike Snow and Jacques Lu Cont.

Still not impressed? She was also featured in the Music Week 30 under 30. A self-proclaimed nerd, she is currently studying for an Executive MBA at Cass Business School, City of London University, whilst working at MassiveMusic as head of creative development. Here’s an interview to get to know her a bit better.

Q> Who is Soraya and what does a day in the life of Soraya look like?

Soraya Sobh> It really depends on what day of the week it is but, generally, there are three critical things crammed into any day: work, study and exercise. I always start my day in the office writing out three things I need to complete that day. Whenever I look stressed at Uni, my colleague always reminds me: “How do you eat an elephant? Bit by bit.'' That's how I approach my days. Generally, my morning involves catching up on emails over a cup of green tea. Then, for the most part, I’m either in meetings or on the phone.

Q> You have been around in the music industry for quite a while already and joined MassiveMusic earlier this year. What has been your favourite moment so far?

Soraya> Without getting too nostalgic, when I was managing one of my clients, I remember going to their first show at Fire in Waterloo. They were playing to maybe a couple of hundred people in a back room and it was scummy and dark. Not ideal. Flash forward: four years and we had released their debut album which charted in the UK dance charts and we sold out their first major headline show at Brixton Electric which is 1,700 tickets. The moment I heard that we sold out I broke down in tears. It was a combination of teamwork, trust and ultimately great music.

At MassiveMusic, one of my favourite moments so far has to have been on the Friday of my first week in the office. Everyone sat around on the sofa and had a drink. They were all a little peculiar and making naff dad jokes, it was the right balance of silliness and wit. I immediately felt at home.

Soraya> Some people listen to everything but I REALLY listen to everything, all day, non-stop. Most mornings start with BBC Radio 6, then I switch to some Kanye, Vince Staples, J. Cole, Run The Jewels on my morning run. My days at work are a mixed bag of new releases and exploration (currently listening to the new Flying Lotus which is primo). Generally finishing my evenings with something quite atmospheric, Nils Frahm makes a regular appearance in my before-bed routine, alongside a warm cup of Pukka night tea. Rock ‘n’ Roll baby.

Q> You frequently speak on panels at conferences. What is the main message you want people to take home with them?

Soraya> The message I unanimously make is to work hard and be kind to people. We all started out at the bottom and how you go up is often how you go back down. I have a strong belief in giving back to younger generations, I have been so blessed to have some amazing mentors in my career (shout out to Kim Frankiewicz and Paul Sears) who have supported and guided me. If I can do the same for the generation coming through, I will consider that a measure of success.