Muse Communications Shines the Spotlight on Creatives for Honda

DNA's Rich Lee & Musician Questlove create “Meant For You. Fit For You.” campaign 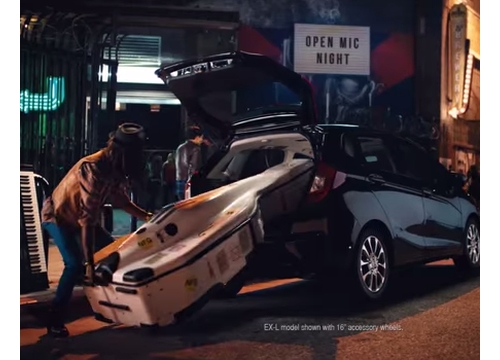 DNA Director Rich Lee teamed up with Muse Communications and musician Questlove to show the creative side of the 2015 Honda Fit in “Meant For You. Fit For You.”

Featuring an architect, a musician, and a stylist, this live action campaign demonstrates the ease with which professionals are able to engage in their creative pursuits when they have the perfect vehicle. Lee’s expressive shots capture the sleek body of the Honda Fit, emphasizing that its functionality is perfect for today’s budding visionary. Questlove’s inspiring narration provides the perfect addition to the spot, motivating the audience to “find your fit.”

This is the latest in a series of major accomplishments for Lee, who recently crafted a thrilling 30 second spot for USPS tying in with the release of The Amazing Spider-Man 2, a spot for Hyundai, and music videos for megastars such as Eminem and Alicia Keys.

DNA has garnered a reputation as a premier production company through industry-leading work with an array of major brands, artists and organizations including Sony, Lexus, Target, Budweiser, and Verizon, to name a few. Recently, DNA produced an energetic campaign for the Samsung Galaxy 11, and a breathtaking music video for David Gray’s single, “Back in the World.”