m:united And Microsoft Deliver The Message That Any Child Can Change The World 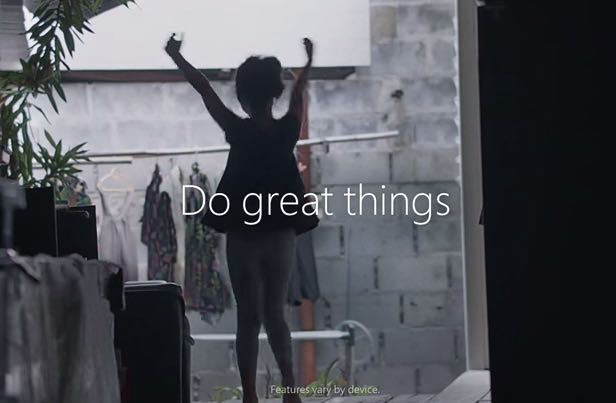 Somewhere right now, is a kid who will one day grow up and change the world. That kid could be in a village in Africa or the suburbs of Chicago, could travel to another world or help to save this one. Microsoft wants to make sure he or she has everything they need to do it. With the launch of Windows 10 we want the great minds of tomorrow to have the tools they need to continue to grow and meet their full potential.

“The One” highlights the fact that these future leaders can come from anywhere and accomplish almost anything. Shot in Thailand, New York City, Iceland, Morocco, and Namibia the ad features over two dozen kids doing what they do best – being kids. Some already show potential, some kids not yet. But all represent the wide-eyed enthusiasm, curiosity and sincerity of the next generation.

Hopefully inspiring everyone to “Do Something Great”.

The campaign will launch in the US, UK, France, Germany, Japan and Australia on the week of  September 7th.  Campaign elements include broadcast, online video, print, static and digital outdoor, online advertising static and rich banners, social and a campaign landing experience that will be rolled out over the couple of weeks.

Historically, technology has forced us to change our behaviour to learn how to use it.  Windows 10 takes a distinctly different approach, one that is human-first instead of technology-first.  Windows 10 ushers in a new era that is respectful of the natural ways we behave today and bends to us.  It’s powerful to see the world’s biggest technology company in the world to embrace that change.

Future generations will grow up with a different relationship to technology than we ever had. And that’s what Microsoft’s new campaign for Windows 10 is all about. From unlocking a computer with a smile to scribbling on the Internet and sharing their ideas, kids today won’t see these advances as extraordinary. They’ll simply be a part of everyday life. And because Microsoft will bring Windows 10 to the whole world, everyone will enjoy a more human way to learn, connect and live. In short, “a more human way to do”.