The campaign 'Punishing Signal' has been conceptualised by FCB Interface 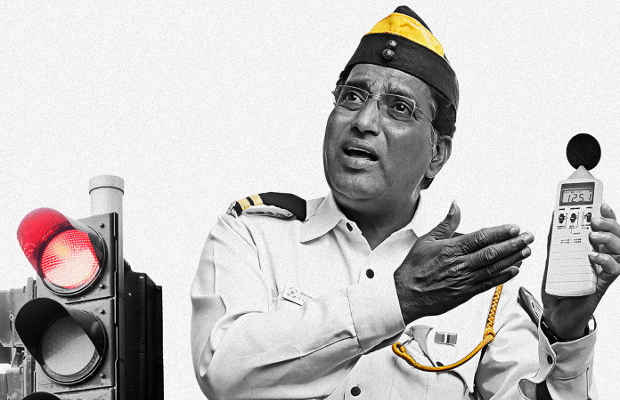 Mumbai is one of the noisiest cities in the world. And a lot of this noise can be traced back to cacophony at the signals. Mumbaikars (the locals in Mumbai) honk even when the signal is red! Needless to say, this noise pollution is making the city alarmingly unhealthy to live in. To tackle this honking menace, the Mumbai Traffic Police, in partnership with FCB Interface came up with an innovative solution called The Punishing Signal.

This is how it works. Special decibel meters were connected to traffic signals across the island city. When the decibel exceeded a dangerous 85dB, the signal timer would reset itself… forcing the people to wait longer at the signal! Thus ‘punishing’ them for their impatience with the message, honk more, wait more!

“Honking is bad habit and an act of traffic indiscipline. Unfortunately, many Mumbaikars indulge in reckless honking. Honking causes noise pollution, hurts the eardrums, increases heart rate, creates traffic confusion and causes stress. Unnecessary honking is a menace which everyone recognises but does little to curb. This small experiment is one of many attempts by Mumbai Police to create better road discipline in Mumbai. Hopefully, it will encourage Mumbaikars to honk less, and create a noise-free and stress-free commute” said Mr. Madhukar Pandey, Jt. Commissioner of Police (Traffic), Mumbai Police.

As a part of the campaign, the first leg of activation was tested in Mumbai at important junctions that are most prone to heavy traffic such as CSMT, Marine Drive, Peddar Road, Hindmata and Bandra. And the film gives one glimpses of the confused honking Mumbaikars who honked, waited, honked and learnt it the hard way, that honking is not the way out.

Shedding light on the creative idea, Robby Mathew, chief creative officer, FCB Interface, said: “Sometimes, the stick works better than the carrot. And a signal that gave us a gentle rap on the knuckles for honking unnecessarily, seemed like a good idea to me”.

Adding, Rohit Ohri, group chairman and CEO FCB Group, said: “We have been partnering Mumbai Police for many years now. Noise pollution is a big problem in our cities. This new initiative is a fantastic creative solution for bringing about awareness and a behaviour change amongst the drivers in Mumbai.”

DOP (of the TVC): Sujay Pawar