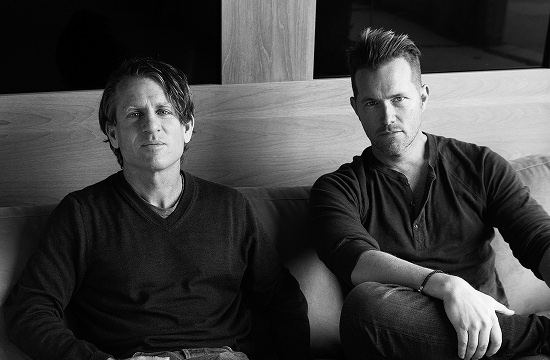 Director/Creative Director Jake Banks, Executive Producer Matthew Marquis and Head of VFX Guillaume Marien join forces to form Golden, a production and post production company based on Abbot Kinney in Venice, CA.  Launching in response to the ever-changing industry model, Golden is a multi-disciplinary studio whose focus is the fusion of high-end live action production, design, animation and visual effects.

With their years of vast experience within the production landscape, together Jake and Matthew agreed that the old production model was curbing opportunities for greater creative work. Matthew explains, “Jake and I realised that now was the time to be active and fuse our experience to create and perfect a new business model. We needed to build a studio that was committed to creativity and ideation that is supported, not encumbered, by innovative visual effects and post process.”  Matthew and Jake joined forces with another like-minded peer, VFX CD Guillaume Marien, to help bring their distinct vision to life, and launch a next generation studio that would span the gamut of production; from concept, design, shooting, animation, vfx, and finishing.

Golden lends equal weight to all skill sets, and is committed to bringing each of these aspects together seamlessly and from the company’s inception. Golden is partnered with Guillaume's Paris-based VisualFX company, Mathematic, home to a group of forward-thinking visual effects artists who will travel to form Golden’s visual effects and finishing team in Los Angeles.

Jake Bank’s unique aesthetic and manifold talents in direction, design, VFX and animation stem from his background as a fine artist. After years working at studios such as Fuel and BNS, Jake and EP Matthew Marquis founded Stardust, the bicoastal commercial production company where Jake served as both owner and director. Stardust grew to become an industry mainstay, consistently producing award-winning content for the world’s top agencies, brands, and recording artists. After nearly a decade at the helm, Jake moved on from Stardust to Prettybird to focus strictly on evolving his creative skills as a director. Lately, Jake has directed a spot for Microsoft with CPB, as well as the celebratory Jack Daniels “Sinatra Select” campaign for Arnold Worldwide, in which Jake weaved in vintage footage of the iconic singer.  Jake also recently took to Europe to shoot soccer legend Cristiano Ronaldo for the first Golden/Mathematic co-production for Beauty Brand.

Matthew Marquis started his career freelance producing for years in NYC and Minneapolis, before returning to his native Los Angeles. In LA, Matthew began melding his live action experience with design, animation and VFX as the Executive Producer at various companies including Fuel, Brand New School and as co-founder of Stardust.  Most recently, Matthew worked at Logan, where in addition to his duties overseeing the company, he drove the launch of the live action division Logan and Sons, ushering it from 3 directors to 16.

Guillaume, a native Parisian, spent the first 8 years of his career in digital brand marketing. After selling his own Interactive Agency, Guillaume returned to his original passion in visual arts and created Mathematic, the motion design studio devoted to creating cutting edge visuals with an innovative approach to post production.  In its first 6 years, MTC has worked with an amazing range of international talent in addition to being named the best VFX company two years running at the UKMVAs.

Sharing similar sensibilities, Guillaume, Matthew, and Jake pool their talents to focus on infusing the US market with their multi-disciplined aesthetic and approach. Debuting with a tight creative team of directors, designers, and digital artists, Golden is armed with the experience and innovation to usher in a brand new evolution for advertising and creative content.