Trends and Insight 111 Add to collection

In the fifth episode of LATIN TALKS, MullenLowe Group investigates the power of creativity and the dominance of Latin American brands 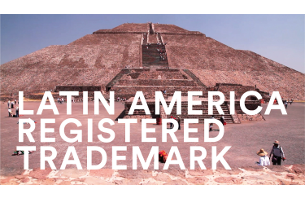 “We increasingly see more Latin Americans occupying important positions in the agencies of the world…this fills me with pride, but what makes me feel even more proud is seeing how the people who hold these positions are doing wonderful, impeccable work.” – Jose Miguel Sokoloff, Global President of MullenLowe Group’s Creative Council, Co-Chairman and Chief Creative Officer of MullenLowe SSP3

In the fifth episode of LATIN TALKS, MullenLowe Groups investigates the power of creativity and the dominance of Latin American brands.

Many Latin American brands have remarkable economic viability with a powerful following. For example, the popular flip-flop brand Havaianas hails from Brazil, Corona beer comes from Mexico and Mercado Libre, for example, is listed on the New York Stock Exchange, one of the best examples of a leading Latin American brand.

Not only do these leading brands impact consumers directly, but Latin Americans brands are seeing redeeming growth trends within the realm of sustainability. Latin Americans see the importance of supporting brands near to the causes they believe in, for example, protecting the Amazon Rainforest from deforestation, providing clean water and environmental preservation.

Pancho Cassis, Executive Creative Director, LOLA MullenLowe (Spain) comments: “For the most part, Latin Americans have a much more human way of seeing things. What’s happening is that the rest of the world is realizing that we are able to establish positive connections with people who can resolve plans and projects in a much more interesting way than others have been doing. Generally speaking, it’s easier to come to Latin America with a global brand than to create a global brand in Latin America.”