Global network celebrated with one Yellow and five Wood 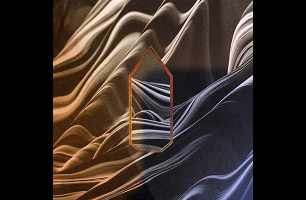 The D&AD Awards celebrate and stimulate the finest in design and advertising and are recognised globally as the ultimate accolade, inspiring the creative community since 1962. Their gala ceremony held in London on May 19th awarded five of the MullenLowe Group network’s agencies with a total of six coveted Pencils, including one Yellow Pencil and five Wood Pencils.

LOLA MullenLowe was awarded a Yellow Pencil representing true excellence, for Unilever, “Proudly Seeking Pleasure” – in the Film Advertising: TV Commercials 41-60 seconds a category. The work recognizes what it means to be true to yourself, and your pleasures. The short film captured transvestites openly celebrating their true pleasures while enjoying their Unilever Magnum ice-creams; their bold testimonies reinforcing the idea that pleasure has more than just one layer.

LOLA MullenLowe was also awarded a Wood Pencil for Mattel, “Anagram Lovers” – in the Film Advertising: TV Commercials 61-120 seconds category. For Mattel’s ‘word-play’ Scrabble product, LOLA MullenLowe told stories of two individuals by using anagrams (words made of the same letters). By using a love story to show the connection through anagrams, the spot became universal and revealed how there’s magic in words.

MullenLowe Singapore was awarded a Wood Pencil for The National Centre for Organ Transplantation, “Donated Voices” work recognized in the Radio Advertising: Sound Design & Use of Music for Radio Advertising category. Despite the need for organ donors in Singapore, ten thousand Singaporeans opt out of being organ donors every year. The National University Centre for Organ Transplantation (NUCOT) performs over half the transplants in the country, and wanted a compelling message that would encourage action for Singaporeans to opt in to organ donation. “Donated Voices” is a message created to achieve the NUCOT’s goal, through an audio message in support of organ donation that is composed of old recordings of those that have passed.

MullenLowe London was awarded Wood Pencil for the Samaritans charity with “We Listen” – in the Crafts for Advertising: Photography for Advertising category. The campaign supports Samaritans as expert listeners, aiming to move those suffering from depression to contact Samaritans and get help with their problems before they become suicidal.

MullenLowe South Africa was awarded Wood Pencil for Cezarina Jardim, “Nando’s Peri Book” – in the Direct: Direct Mail category. Nando’s fast casual restaurant is best known for its flame-grilled chicken and their unique Peri-Peri spice. To highlight this core brand attribute, MullenLowe South Africa invented a unique cotton yarn infused and colored with Nando’s actual Peri-Peri spice. The symbolic thread intended to bind people together, and was used on merchandising and uniforms - the idea was applauded as a managerial innovation that has transformed the business.

MullenLowe Lintas Group,  MullenLowe SSP3, and MullenLowe Singapore collectively produced the Unilever Lifebuoy campaign and were awarded a Wood Pencil for “Chamki: The Girl from the Future” – in the Branded Content & Entertainment: Non-Fiction 1-5 mins category. “Chamki: The Girl from the Future” is a powerful piece of content that has helped transform long standing cultural habits to promote handwashing with soap in the most media dark, rural parts of India. MullenLowe Group’s multi-market team brought Chamki to life to explain the importance of handwashing as a means to save lives, and through this campaign, the United Nations has now included indicators on use of handwashing facilities in schools in their Sustainable Development Goals, a grant from the Children’s Investment Fund Foundation (CIFF) has been awarded to help promote handwashing in Bihar India, and Lifebuoy is now partnering with CIFF to bring handwashing education to 45 million people.

MullenLowe Group congratulates all of the winners and would like to thank the D&AD Awards for honoring the work from the MullenLowe Group network. The winning campaigns can be viewed here.