Trends and Insight 316 Add to collection 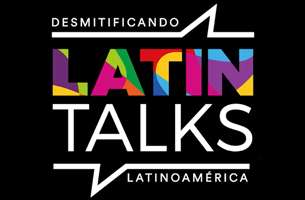 Latin America represents the fastest-growing global region in terms of ad spend, with total media investment rising faster than any other region worldwide. This level of spend is estimated to remain - if not accelerate - through 2019, representing an estimated 8.5% of cumulative ad spend worldwide. Marketers and advertisers managing global brands, and those within Latin America specifically, are confronted with a wide range of decisions to make; Latin America is a vast, diverse region that can often be challenging to navigate, especially in business operations and practices.

LATIN TALKS has been designed to help marketers better understand the business landscape of the LATAM region by providing a transparent and informative guide to best business practices.  Highlighting the region’s best leaders within the advertising and marketing industry, the series reveals how they manage growth for their respective organisations, surfacing business insights, and providing strategic implications for the future.

The seven-part video series is hosted by Francisco Samper, MullenLowe Group Regional Director, Latin America, Co-Founder and President, MullenLowe SSP3. Each episode changes the aperture of focus to cover diverse topics including the economy, cultural complexities and creative trends, the significant technological advancements of a rapidly growing technology sector, and the effect of digital proliferation on the 612 million people who call Latin America home.

Each Wednesday beginning October 19th and running weekly through November 30th, episodes will be released on the Adlatina MARKETERS website.

•       ‘WALKING THROUGH LATIN AMERICA’ – Is Latin America One or Several Regions?

“In times where the whole world seems to look at our region with a combination of interest and curiosity, MullenLowe Group has created LATIN TALKS which aims to “demystify” this part of the world from different angles. Our series takes a raw and honest look at Latin America, its future opportunities, its industry, its unique creative output and globally renowned talent, and our way of living and how we express ourselves,” said Francisco Samper, MullenLowe Group Regional Director, Latin America, Co-Founder and President, MullenLowe SSP3.

LATIN TALKS is the second proprietary content series developed by MullenLowe Group that aims to focus on doing business in a designated region of the world. In 2015, the series Man About Asia, narrated by Global CEO of MullenLowe Profero, Wayne Arnold, was released in partnership with The DRUM in the APAC region, and focused on the markets of China, Southeast Asia, Japan, and Australia.

LATIN TALKS has been produced in conjunction with Dynamo, the same studio that recently serviced the development of Netflix hit series NARCOS.