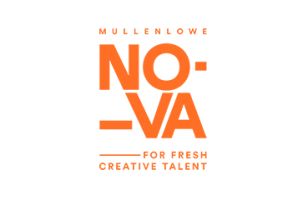 MullenLowe Group will once again partner with Central Saint Martins to sponsor their Degree Shows and support fresh creative thinking that pushes boundaries as part of the seventh annual MullenLowe NOVA Awards.

The MullenLowe NOVA Awards aim to spot the next creative stars of the future. Winners are selected from the final degree shows at Central Saint Martins covering courses across art, design, fashion and performance.

The prizes go to one winner, two runners up, and a Unilever Sustain-Ability Award winner, presented by MullenLowe Group’s client, Unilever. MullenLowe Group are also giving everyone the opportunity to get involved and vote for their favourite piece of work for the YourNOVA award. Voting opens online on June 26th. Winners will be announced on July 6th.

This year representatives from MullenLowe Group and Unilever will be joined on the judging panel by highly esteemed writer, critic and chief curator at the Design Museum Justin McGuirk, and the successful artist, Turner Prize nominee and CSM alumni, Mark Titchner.

Jose Miguel Sokoloff, President of MullenLowe Group’s Global Creative Council commented, “What excites me most about the degree shows is the thinking. These are young brilliant minds, who are top of their class, who tackle different problems, or questions that they have in their head, and they come up with solutions that are incredible. They have a point of view that you would have never thought of. It’s very refreshing to be connected with these people and we’re very grateful to be part of this collaboration”.

Professor Jeremy Till, Head of Central Saint Martins and Pro Vice-Chancellor of the University of the Arts London commented on the MullenLowe NOVA Awards: “Now in their seventh year, the MullenLowe NOVA Awards are established as a key part of Central Saint Martins' annual calendar. The judges somehow manage to choose a vibrant shortlist from a huge variety of work, surfacing projects that always stick in the mind. To have external judges both validate and celebrate this student work is very important for the college; over the years the shortlists and winners of the NOVA Award build a compelling picture of the obsessions and changes of one the world's leading centres for art and design education."

Central Saint Martins attracts some of the most creative students in the world to experiment, challenge and provoke through actions, thinking and making. The college has been the stomping ground for many established artists, including Laura Prouvost, Jarvis Cocker, Sarah Burton and Stella McCartney to name a few.

Check out the 2016 MullenLowe NOVA Award winners and their stories: