The campaign shows the importance of family in the festive campaign 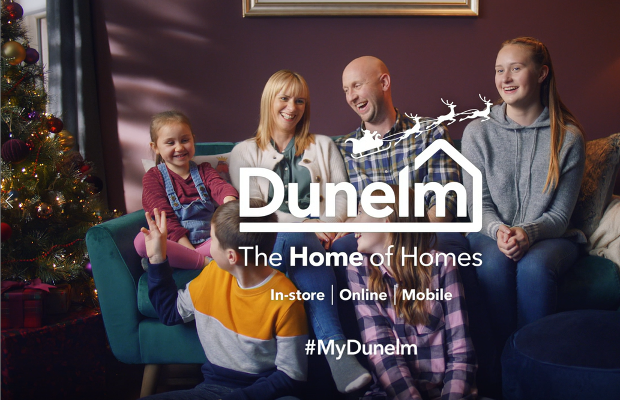 MullenLowe has launched a new Christmas ad campaign for British home furnishings retailer, Dunelm.
The ad is the latest iteration of the ‘Real Families’ campaign. The campaign shows real families discussing how they have made their house a home using Dunelm.
The latest campaign takes a peep behind the doors of the Fullers, a busy family of seven to see how they celebrate the festive season. The ad showcases Dunelm’s new Christmas range as well as festive traditions that families share. The Fullers set the Christmas table and discuss how Dunelm helps them during the festive period.
When finding families to feature in the campaign, Dunelm and MullenLowe made a conscious effort to ensure they were celebrating real households in the UK, not just the conventional nuclear family.
Media is being handled by Goodstuff and launches nationally today across TV, display, Facebook, YouTube and Instagram.
Mark Elwood, executive creative director at MullenLowe Group UK said: “Advertising at this time of year can often not represent the real magic of Christmas. In this campaign, we wanted to show how real families celebrate Christmas. We’ve resisted the cliche of perfect ‘families’ being shown in traditional, old fashioned roles, and tried to create something that will resonate with Dunelm’s customers. Sometimes just getting out of the way can help.”
Angela Porter, marketing director at Dunelm said: “Building on the success of the ‘Real Families’ campaign this year, we wanted to demonstrate the season of togetherness that the festive period represents. Whether you’re coming home for Christmas or hosting multiple family members, we can all identify with The Fullers’ annual festive traditions.”
view more - Creative