The campaign will raise awareness of new polymer bank notes 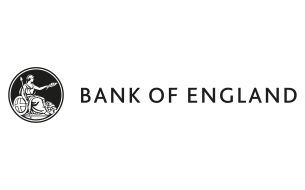 The Bank of England, the United Kingdom’s central bank, has appointed MullenLowe to create an integrated marketing campaign to launch the UK’s new polymer bank notes.

Following a three year research programme and a public consultation, the Bank of England announced that its next £5, £10, and £20 banknotes will be printed on polymer. The Bank’s research concluded that polymer combined with sophisticated security features continues to offer strengthened counterfeit resilience for Bank of England banknotes.

MullenLowe has been briefed on the launch campaign for the new £5, featuring Sir Winston Churchill, in 2016. The campaign will be targeted at the general public to raise awareness and acceptance of the changes and small businesses that use cash. The campaign will be primarily delivered through digital and physical assets and earned press and PR, using both traditional and social media channels.

Jamie Elliott, CEO MullenLowe London comments, “It’s an honour to be working with such a great institution, central to modern life and a strong thread in the nation’s fabric.”

The appointment was made following a competitive pitch within the Lot 1 government roster. It kicks off an exciting year for MullenLowe London as the agency settles into its new home in East London and launches their new brand identity.