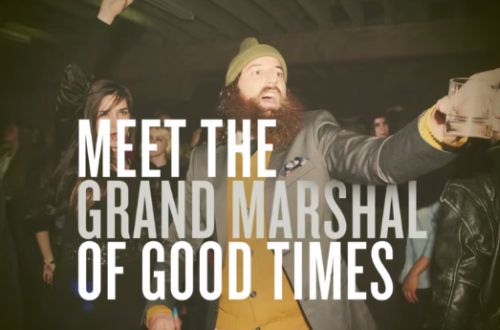 Creative agency and production company MUH-TAY-ZIK | HOF-FER teamed up with Brooklyn rapper and recording artist Crown for New Amsterdam Vodka’s national campaign, “It’s Your Town.” Two of the spots, “Anthem” and “All Rise” feature tracks from Crown’s debut album, “All Rise” (Caroline/Capitol) out later this year. After featuring the track “Love My People” in “Anthem” – the campaign’s kick-off spot – MUH-TAY-ZIK | HOF-FER worked closely with Fasho Records and Crown to develop “All Hail Now,” the soundtrack for the newest spot “All Rise,” which aired June 30th.

John Matejczyk, Co-Founder and Executive Creative Director at MUH-TAY-ZIK | HOF-FER and ACD Josh Bogdan worked with their creative team and New Amsterdam Vodka to come up with the campaign theme “It’s Your Town,” based on the idea that young people feel they are at the heart of the city in which they live. With that “ownership” comes official responsibilities to get out, not just to enjoy the city, but also to make social contributions. That sense of “officialdom” led MUH-TAY-ZIK | HOF-FER to Beacon Street Records, where together they crafted just the right optimistic and anthemic qualities in Crown’s songs. Both MUH-TAY-ZIK | HOF-FER and Fasho Records describe the subsequent collaboration as among the best either company has ever experienced.

Crown represents a departure from the status quo of the pop music landscape. Whit his street-tested flow, the Brooklyn MC delivers reality raps over lush beds of sound profided by his dynamic band the M.O.B., and drops indelible knowledge in his rhymes.