MUH-TAY-ZIK make the move to floors 15 and sixteen of Sansome street office. 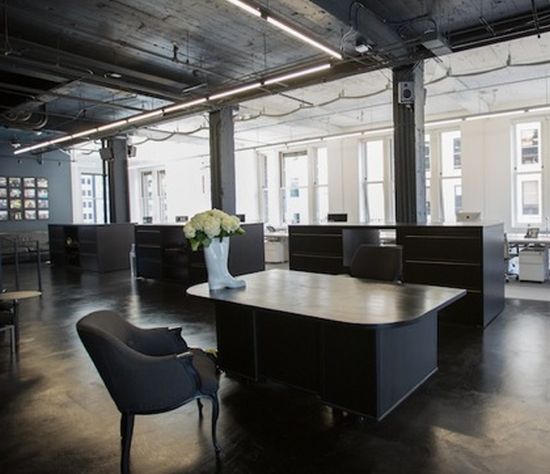 MUH-TAY-ZIK | HOF-FER have moved into the top 15th and 16th floors of a historic 1920’s Sansome Street office building in San Francisco’s financial district. The creative agency and production company collaborated closely with internationally renowned architecture and design firm Gensler to create a workspace as unique as it is understated. Following a super fast design and renovation schedule of just over six weeks, MUH-TAY-ZIK | HOF-FER made the big move into their new space.

“At the outset, I told the Gensler team that our company’s color comes from our work and our people,” says John Matejczyk, Co-Founder and Executive Creative Director at MUH-TAY-ZIK | HOF-FER. “Rather than designing a wacky creative space, we were more interested in a well-reasoned, buttoned-up space that would provide a pedestal for the adventuresome creative work we deliver to our clients. Gensler called our work ‘precise’ and felt the design of the space should reflect that. We ended up going with the simplest palette of black and white. Further, the scheme is black on black, or white on white.”

Gensler Design Principal Collin Burry, describes the 15th floor as the more traditional work floor, housing offices and employee workstations, but there is little that is “traditional” about the floor’s layout. The centerpiece is one long table capable of accommodating workstations for 32 people.

“It’s almost like a monster kitchen table,” says Burry. “We liked the idea of everybody sitting together and working towards the same goals. It was very much in keeping with the way MUH-TAY-ZIK | HOF-FER works.”

The 16th floor functions as a community space, with soaring arched windows, the world’s only known Jacobean ping-pong table, and casual lounge furniture setting the mood for the company’s creative minds to soar. The conference room has 22-foot high ceilings that disappear into the black scheme, interrupted only by a thin fluorescent strip.

Custom furniture for the space was provided by Material, an interior design practice owned by Lyn Matejczyk, John’s wife. Material’s specialty is salvaging existing furniture and materials, and repurposing them in a new context. 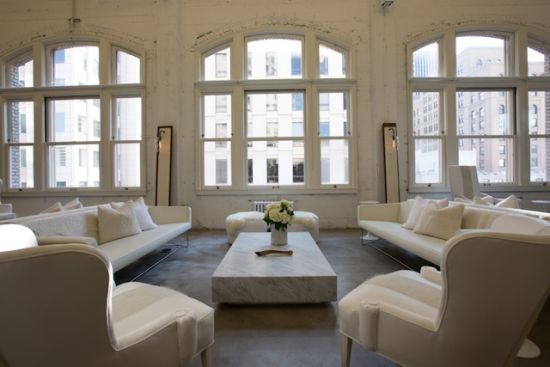 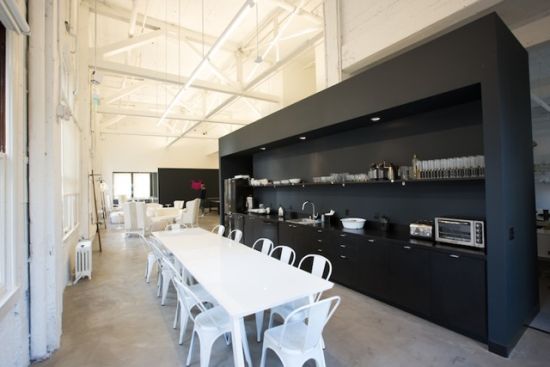