Michelle Spear promoted to Associate Partner and Head of Production 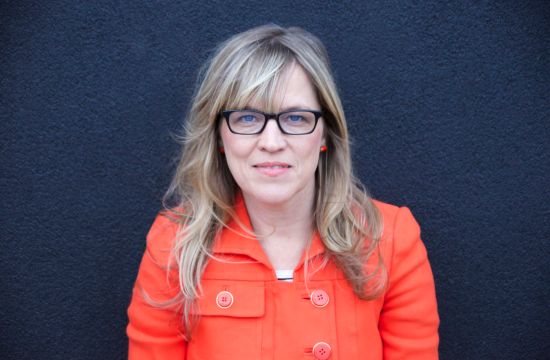 San Francisco-based creative agency MUH-TAY-ZIK | HOF-FER today announced that Executive Producer Michelle Spear has been promoted to Associate Partner and Head of Production. Spear has been with MUH-TAY-ZIK | HOF-FER since its 2009 inception, and has earned a reputation for spearheading everything from software development to digital campaigns to major broadcast work to content creation. Recent examples of her work include digital campaigns for Slavery Footprint, iMeet, and Google, and broadcast work for clients including New Amsterdam Spirits, Annie’s organic foods, and the Golden State Warriors basketball team.

“As Executive Producer, Michelle has brought a brilliant mix of creativity, dogged determination, and Charleston charm to our daily lives,” says John Matejczyk, Executive Creative Director and Founding Partner, MUH-TAY-ZIK | HOF-FER. “Never sacrificing quality, she has effectively and efficiently led the company into the industry shift towards rapid content creation. With Michelle at the helm, we’ve been able to move fast and take advantage of small windows of opportunity. Michelle has been a key force in keeping us in the AICP awards the last three years running, as well as garnering such industry accolades as the Gold Pencil at The One Show, the Gold Cube at the Art Director’s Club, and the Digital Champions award at SXSW. Beyond running MUH-TAY-ZIK | HOF-FER production, she’s been an important cultural influence that helps keep the place fresh and inspiring with her effusive presence. We’re delighted to promote Michelle to Associate Partner and Head of Production.”

Prior to joining MUH-TAY-ZIK | HOF-FER, Spear cut her creative teeth at BBDO as a Creative Manager, then producer. She soon moved on to EVB, where she served as Director of Creative Services before becoming Executive Producer. She helped EVB grew from five to 60 people while they were creating such memorable work as the “Elf Yourself” campaign for OfficeMax, and some of the industry’s most talked about interactive work for clients including Adidas and Levi’s.

Spear lives with her husband in the Cole Valley neighborhood of San Francisco, where they also own and operate Tantrum, a mid-century, kid-centric gift shop.