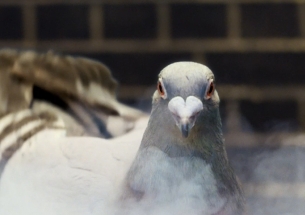 Virgin Money has launched its new above-the-line campaign, marking the brand out as a bank unlike all others with a new ‘There’s money and there’s Virgin Money’ brand strategy.

Run through m/SIX, with cross-discipline input from across The&Partnership, the campaign broke tonight during ITV’s Coronation Street with a 60” spot, ‘Pigeon’.

The ad shows a pigeon beneath a ‘There’s money’ super, which then begins to dance on the pavement as the ‘and there’s Virgin Money’ super appears - representing Virgin Money as a better, bolder way for customers to manage their finances.

Directed by Andy McLeod through Rattling Stick, ‘Pigeon’ was created using real footage. ‘On My Radio’ by The Selecter sets the ad’s jaunty tone.

‘Pigeon’ will be followed by a second TV ad later in April, as well as a series of print work using animals to represent Virgin Money’s range of offerings and services, which include mortgages, savings, pensions, investments and a host of deluxe lounges across the UK’s major cities – where Virgin Money customers can stop for a coffee.

The bold, fresh work aims to set Virgin Money apart from the rest of the banking sector and to celebrate Virgin Money’s brand difference.

Paul Lloyd, Marketing Director at Virgin Money, said: “The strategy with this campaign was to celebrate the Virgin Money difference and to bring it to life in a fresh, fun and surprising way. The TV and print work created by m/SIX marks us out as a bank with a difference – and above all, reflects our values as a confident challenger brand.”

Jess Burley, CEO of m/SIX, said: “This has been a fantastic campaign to work on – with m/SIX leading the charge on a cross-discipline brief including audience and category research, creative content generation and ambitious production. The result is a suitably epic strategy spanning multiple channels and disciplines which we’re confident will really set Virgin Money apart at this exciting point in its journey as a business.”

The campaign breaks not long after AllTogetherNow, m/SIX’s sister agency in The&Partnership, won the content brief for Virgin Money – lining up a stream of content which will support the ‘There’s money and there’s Virgin Money’ brand strategy across social and digital channels.