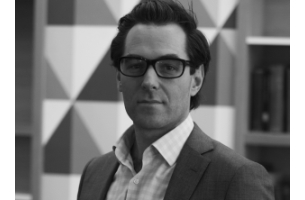 m/SIX has hired Universal McCann Australia’s Will Spence, creating a new role for him as Chief Operating Officer.

Spence leaves a role as Chief Client Officer for UM Australia, having previously worked for two years as the agency’s National Commercial Director. He has led media planning and buying for brands including Coca Cola South Pacific, PlayStation, MasterCard and Wrigleys, winning multiple awards at Cannes, Festival of Media Global and Festival of Media Asia.

Reporting into Jess Burley, Global CEO of m/SIX, Spence will be responsible for spearheading growth at m/SIX, developing the seven-year-old business as it continues to expand, as well as handling senior client relationships.

Burley said: “m/SIX has grown significantly over recent years, continuing to expand and diversify in the US and the UK. Will is an extremely talented individual, whose commercial and management experience will play a critical role in our evolution as a business. He will oversee all departments operationally, helping us develop strategically as we continue to grow.”

Will Spence, Chief Operating Officer at m/SIX, said: “m/SIX was the standout agency of choice for me, having the talent, ambition and freedom to stand shoulder to shoulder and even surpass the biggest network agencies out there. I’m looking forward to being part of making that a reality.”

Before moving to Australia in 2011, Spence held Business Director roles at OMD and Mindshare, having started his career with Carat on the NewsUK account, which is now held by m/SIX.