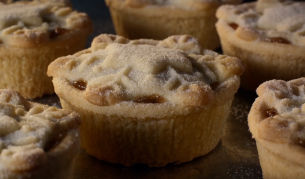 Today M&S kicks off its biggest ever Christmas food customer campaign with brand new food creative across an integrated campaign on TV, print, radio and in social media, reaching more customers than in any previous Christmas.

In a first for M&S, the campaign sees M&S Food brought to life in a new and original way- through customers and colleagues own words. Marking the first time M&S has launched an unscripted ad, the Christmas food TV campaign puts colleagues and customers at the centre. M&S travelled the length and breadth of the UK to find real people to star in the campaign and talk about their M&S food favourites and why they make Christmas extra special. The ads encourage the nation to join the conversation and share their Christmas food favourites using the hashtag #MyMarksFave. In total, the ad series features over 60 customers and colleagues.

The campaign comprises not one, but twelve different adverts in a mix of 60 and 30 second edits, ensuring viewers are regularly introduced to new M&S food favourites. The series includes three 60 second ads and nine 30 second ads, linking to customers Christmas food shopping patterns, reaching them at key Christmas food moments.

The 30 second TV ads focus on a different favourite each week. Customers and colleagues discuss what makes them so special, from delicious camembert chilli cheese to delectable shimmering chocolate acorns. All ads highlight the market leading innovation and superior taste that is at the heart of every product in the M&S Food Hall.

The ad will be revealed on Twitter at midnight on the 7th November with its very own festive Percy Pig emoji who will appear every time #MyMarksFave is used on Twitter. M&S will also launch Percy Pig GIFs on Instagram stories for the very first time, users can enjoy adding Percy to their favourite festive snaps. M&S has also been on the lookout for some deserving Christmas food devotees across social media and will be surprising individuals up and down the country with something very special in the run up to Christmas.

If that wasn’t enough, the monthly social-first Instagram series ’What’s New at M&S’ gets a festive makeover with two special Christmas episodes going live on November 15th and December 14th. With a special star guest joining the existing dream team of Amanda Holden, Rochelle Humes, Paddy McGuinness and Emma Willis, expect the unexpected as they debate their #MyMarksFaves and highlight delicious products from the party food range in the November episode and show-stopping Christmas Day treats in the December issue. The two previous episodes of the series have reached over a million customers.

The favourites campaign also stretches across print and radio, with media buying based on customer mindset and shopping behaviour. Ads highlight new, innovative and delicious products including mouth-watering party food and indulgent Christmas drinks and liqueurs.

The campaign continues in store with windows showcasing products featured in TV advertising. Stores will display managers’ #MyMarksFave and all colleagues will highlight their favourite products on name badges. Point of sale across the store will highlight favourites from the TV ad, celebrity favourites and award-winning products, bringing stores to life and helping customers to shop the products everyone is talking about.

Sharry Cramond, Food Marketing Director says, “Our customers love our food, especially at Christmas! I truly think I have the best marketing job in the world - I have to let our customers know about the delicious new products M&S Food are launching this Christmas and I also have the great news that over 100 of our Christmas lines are cheaper than last year. As an example, our Cranberry sauce was £1.50 last year and is £1.00 this year.

"On social media, we are continuing with our incredibly successful “what’s new at M&S” Instagram series and Paddy, Rochelle, Emma and Amanda will be picking their party food favourite in the November episode and their Christmas favourite in the December. This series has reached millions of people so far and has proved very effective in attracting a new, younger audience to M&S Food, and to driving sales of our celebrities favourite products. Look out for a special surprise guest for the two festive episodes too!"

"People talk about their favourite M&S Food throughput the year and we are looking forward to hearing our customers #MyMarksFave this Christmas. My personal favourites (and believe me, I have tried them all) are the shimmering chocolate acorns and the Jaffa cake cocktail. Did I say I have the best job in the world.”