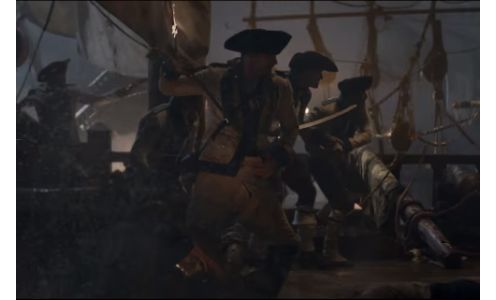 MPC are thrilled to have collected a prestigious Gold Lion at Cannes over the weekend. MPC were the only studio to have been awarded a Gold in the VFX category, which can often have a number of winners.

Assassins Creed, Black Flag: Defy was awarded the top honour in the VFX Film Craft category on Saturday night. As well as VFX by MPC, the spot was conceived by agency Sid Lee Paris and directed by Adam Berg through Stink.

The ambition was to capture much of the action in-camera and then integrate bespoke and highly complex VFX to create a gritty, yet realistic spot that keeps the authenticity of the game intact.  MPC’s VFX team, led by Franck Lambertz and Fabian Frank utilised the full spectrum of creative VFX disciplines to craft the film.

A huge congratulations to the team, and all the other winners at the Cannes Lions festival.