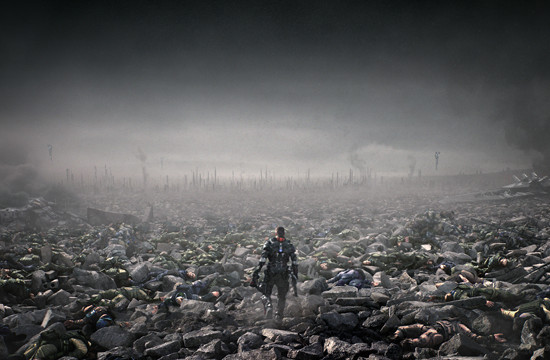 MPC NY was recently tapped by BBH and director Noam Murro to create extensive VFX work on a promo for Killzone: Shadow Fall, the highly anticipated new entry in the high-octane first person shooter Killzone franchise, which recently launched in tandem with the PS4 console. MPC NY artists brought their magic touch to nearly every frame of the spot, collaborating closely with the director and agency. The VFX team created a barrage of effects and 3D environments to bring the ambitious live-action/VFX hybrid to life as a fuming hell of a futuristic warzone through several distinct settings.

“The project was collaborative from the start and in meetings with Noam and the BBH creative team early on, we all agreed that his should not look like your average videogame commercial,” says MPC NY Creative Director Alex Lovejoy. “We wanted something that looked like it took place in the real world of the future. The idea was to stay true to the game while creating a novel universe that would really pull the viewer in. The five scenes varied dramatically in tone, each with its own look development and execution, so we were constantly testing the boundaries of what those looks should be. In the end we were thrilled that we’d created a piece that stands on its own while appealing to the hardcore gamers who’ve been looking forward to this film and the game for months.”

MPC NY had a team comprising nearly 20 artists working concurrently on each scene/location, building from foreground plates of the hero talent and action, and creating a 3D world that felt true-to-life while highlighting the sheer carnage and destruction portrayed in the game. The end result is a realistically dark depiction of a war-torn environment and society.

MPC artists touched nearly every frame – nearly 60 shots – of the promo, altering, enhancing, grading and integrating the footage while extending the digital world around the live-action. In the graduation scene, for example, MPC NY crafted an environment around characters shot against a green screen. Working with just a smidgen of ground in the checkpoint scene, the studio digitally extended the world, creating a swirling sandstorm around the hero character and installing a plethora of planetary features.

“Because the camera is always moving, we had to be very specific about the way that we built these backgrounds out,” explains MPC NY Head of CG Vicky Osborn. “In the foreground shots, filmed on very small sets, we created flying ash and other bits of detritus. The mid- to background segments required that we build all of the elements in CG to keep the parallax in the shot, while the far-ground shots, including one shot from an Opticopter, required various levels of mapmaking.”

This seamless integration of VFX and live-action is due in large part to MPC NY’s decision to look-develop each environment through concept work and extensive discussions with the agency and Director Noam Murro. MPC representatives from London and New York attended the three-day shoot in Budapest, working closely with the production designer to determine how the sets would look, which elements to build practically and which elements would be extended and enhanced with VFX, liaising closely with MPC artists in NY throughout the production process. 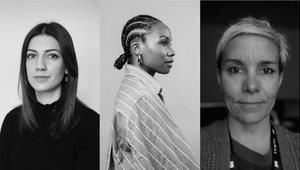 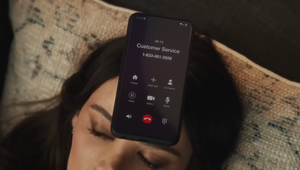