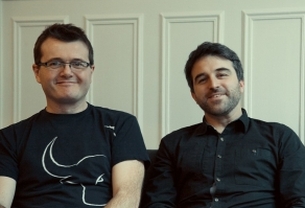 Quentin joins from Prodigious having worked on the Orange and AXA accounts, and has already spent several months working in MPC London said “Joining one of the world’s leading VFX studios is an honour and the opportunity to launch MPC in Paris is thrilling. Working with Franck and having all of our artists, irrespective of location, available to clients in Paris is like having an exciting toy box to play with”.

MPC Paris Creative Director, Franck, is one of the industry’s pre-eminent VFX specialists with 20 years experience in both commercials and feature films. His work for ‘Assassin’s Creed IV Black Flag Defy’ (with Adam Berg, Stink Paris and Sid Lee Paris) was recently awarded a prestigious Gold VFX Cannes Lion and he regularly collaborates with scores of world-leading directors. Prior to the recent move back to his native Paris, Franck has worked at MPC London, and has also been instrumental in the hugely successful launches of both MPC LA and MPC Amsterdam.

Graham Bird, MPC Advertising Global MD said “With their vast combined VFX experience and expertise Franck and Quentin make an exceptional team.  We have a long held respect for the creative and craft work coming from Paris and hold it in the highest regard – the new Parisian studio represents an exciting opportunity.”