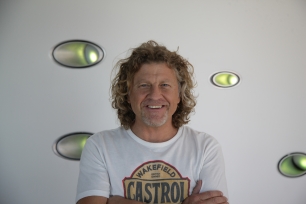 Passionate about working with the world’s best creative talent he started his career as a runner at MPC in London, working his way up to becoming Director of the VFX department.

He left the UK in 1997 to join Digital Domain in Los Angeles, helping to set up and oversee a newly dedicated commercial division.  In the intervening years he has held varied roles in VFX and production, but has spent the last 6 years working as SVP of Global Operations for Method Studios, with oversight of the expanded operations in the U.S., Canada and UK.  He became Managing Director of Co3 & Method Studios in Los Angeles in January 2015.

On re-joining MPC, Davenport said, “I’m thrilled and delighted to be coming back to MPC, who has had incredible global expansion in both Advertising and Film over the last 25 years, working at the very highest creative levels.  I’m excited to be helping with the new space in Culver City and expanding the existing teams in both New York and Los Angeles.”

Graham Bird, Global MD, MPC Advertising, commented, “We welcome Patrick back into the MPC family/fold, and know that his reputation and experience gained working elsewhere in the U.S. makes him the perfect fit to support the MPC Advertising business stateside.  I know he will quickly make a direct impact on the brand and operational efficiency, and his bi-coastal industry relationships will add an extra dimension.”

Patrick joins MPC during a U.S. growth phase with a move from Santa Monica to a larger, purpose-built studio in Culver City slated for Summer 2016.