MPC Go Behind The Scenes on Kia

A diet of VFX trickery whips the hamsters into shape 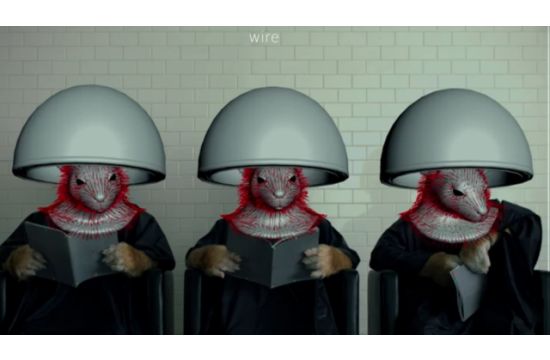 MPC recently teamed up with David&Goliath and @radical.media on an ambitious overhaul of Kia’s famous hamsters. Directed by David&Goliath executive creative director Colin Jeffery, MPC handled all VFX work and finishing on the spot, which introduces the all-new 2014 Kia Soul.

Totally Transformed follows the overweight hamsters through a total fitness makeover, from the gym to the pool to the barbershop, mirroring the efforts of a Kia engineer as he perfects each element of the new Soul in a far-off lab. These dual makeover montages collide in the final scene, where the three now-stylish and svelte hamster mascots swagger from their flashy overhauled Kia Soul onto a red carpet.

From pre-previs to the final grade, MPC created the hamsters and seamlessly integrated them into Jeffery’s live-action footage. Each shot was pre-visualized with an emphasis on performance, which helped inform the approach to directing actors on the shoot. Special attention was paid to ensuring realism for the hamsters’ look; MPC artists implemented a custom fur and physically-based shader set up to create photoreal characters in live action environments.

The story required MPC artists to push their set up a step further than previous incarnations of the Hamster series. A sequence involving a hamster diving into and swimming through water proved to be an engaging challenge for the team, requiring heavy duty real world solutions. “We really wanted to bring the personality out of the hamsters so we built advanced facial and body muscle rigs to achieve fluid integration with the live action,” recalled VFX Supervisor and 3D Lead Andy Boyd, “the result needed to be unnoticeable – like you’ve seen a giant hamster in a speedo and goggles before, and we happened to get some nice shots of it!”

The spot will air in cinemas and on TV, with an extended version available on YouTube.