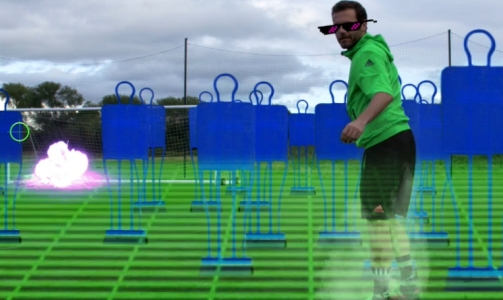 MPC Creative and Henshaw’s debut collaboration with the award winning agency IRIS Worldwide is the social media campaign ‘Boss Everyone’ for adidas. It features global footballing superstars including Mesut Özil, Dele Alli, Juan Mata, Oscar and Zidane, showing off their skills in youthful kick-a-bouts and sharing this content through twitter, Facebook, Instagram and Vine.

Dan Henshaw is well known for his work in the music industry, directing videos for many of the UK’s leading urban artists including Kano, Roll Deep, and Lethal Bizzle. He went on to direct acclaimed videos for top selling acts such as The Manic Street Preachers, The View, Calvin Harris, Paolo Nutini, Jamie T, Tinchy Stryder and Will Young’s most recent release (again through MPC Creative).

Dan Henshaw, Director, MPC Creative said: “I had a great experience working with MPC Creative in the second half of 2015 on both my Will Young Promo and the Adidas Boss Everyone campaign, so when they asked me if I’d like to make the working partnership official it was a no-brainer.  The vision that MPC creative have for producing an incredibly diverse scope of creative output was a huge draw.