Working from an open brief, the studio’s original content and production arm spins a sophisticated, enigmatic tale of a visitor from another world. 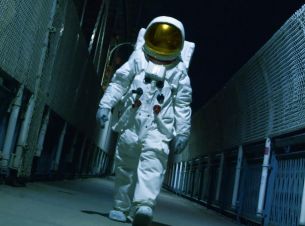 Setting the tone for Tuesday night’s 2017 AICP Next Awards, attendees saw a visual representation of the competition’s search for new and unexplored forms of communication via a visually sophisticated, otherworldly short film that served as the event’s opening title sequence. Written, directed, produced and finished by the team at MPC Creative, the film stars a curious visitor to this world, treading the darkened streets of a nameless city at night, representing the Next Awards winners.
As the film unfolds, the visitor explores a set of recognisable urban landscapes made unfamiliar as he searches. Remaining ambiguous behind his helmet, the figure serves as an avatar for our creative journey.

AICP 2017 Next Awards Opening from MPC on Vimeo.

The AICP Next Awards recognises outstanding work and the creative forces behind it while serving as a platform for thought leadership and analysis by those pushing boundaries and raising the bar higher on marketing content. The campaigns and single executions it honours are on the leading edge of harnessing all types of media and technology to communicate a brand’s message. It was from this mission that the film’s creation took shape.
A collaboration between MPC Creative’s New York-based Creative Directors Alan Bibby, Andrei Juradowitch and Rob Petrie, the opening was directed by Juradowitch and produced by Executive Producer Dan Sormani and Ryan Creighton, Head of Live Action Production. In addition to the opening title sequence, MPC Creative also created the entire package for the night, designing all the on-screen graphics and title cards for the event and the interstitial pieces that introduced the various categories and segments.
“Our partnership with Matt Miller and AICP is one where together we looked to the future of our industry and the creativity arising within it to create the 2017 Next Awards opening film and show package,” says Sormani about the project. “The MPC family came together to make a film that harnessed all the creative capital within our walls, from concept to delivery. We’re honoured to have been part of this year’s AICP Next Awards show."
The opening title sequence features an original music track composed and produced by Antfood, an award-winning Brooklyn-based music and sound design studio.
view more - Creative