MPC Breaks Down Ridley Scott and Hennessy’s ‘The Seven Worlds’ 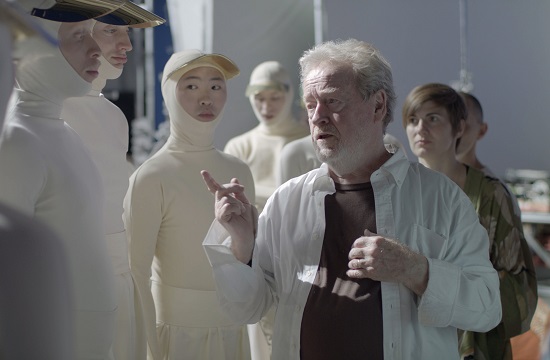 The world-renowned cognac brand Hennessy has released the stunning new campaign by Ridley Scott for the iconic blend Hennessy X.O. The four minute VFX-heavy spot ‘The Seven Worlds’, was crafted in close collaboration with RSA Films and Ridley Scott at The Moving Picture Company [MPC], based on a campaign and original idea created by advertising agency DDB Paris.
Complementing the idea that 'Each drop of Hennessy X.O is an Odyssey', the renowned director creates an epic visual experiment that explores seven flavor profiles in a surreal, sensorial and immersive narrative. Alongside the launch of the ad, MPC reveal an exclusive film showcasing the vast production work that was involved in bringing the campaign to life.
Work for the project started in April 2018 and Creative Director at MPC Ryan Jefferson Hays created an initial treatment for each of the seven worlds in VFX. He says: “The sheer scale of the spot is immense - both in a creative aspect and from a production stand point. MPC were involved in almost every creative decision throughout the process of creating the spot working closely with Ridley Scott and the ECD and creative team at DDB Paris and Hennessy. Ridley was open to any ideas we could bring to the table but of course those ideas always needed to gel with his original vision for the piece,” says Ryan.
The 'Seven Worlds' are creative interpretations of each tasting note described by Hennessy’s Comité de Dégustation as illustrations of Hennessy X.O’s taste and feel: Sweet Notes, Rising Heat, Spicy Edge, Flowing Flame, Chocolate Lull, Wood Crunches, culminating in Infinite Echo. Following the initial treatment, the team at MPC worked closely on the storyboarded elements with Ridley Scott to bring his otherworldly ideas to life. 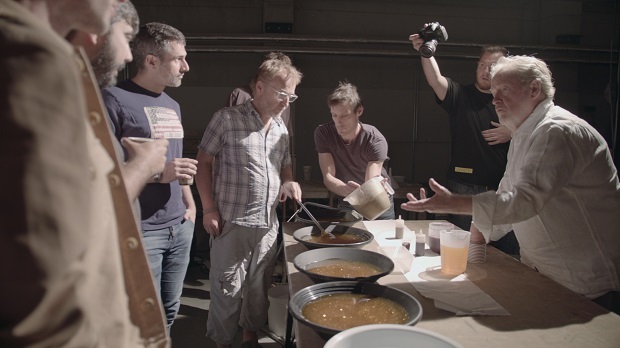 Carsten Keller, head of CG explains: “The sheer scope and size of the project, being a 4-minute short film, made it very different to the typical commercials we work on. Based on the agency’s concept and Ridley’s storyboard interpretations, we came up with visual references of how the campaign could look, along with technical breakdowns. There was always a clear plan in place and a lot of discussion upfront before any CG was done. Each world had a clear narrative and we knew how we wanted to create a lot of the elements. However, it couldn’t have been a success had it not had such a strong story from the agency and the fantastic creative vision and direction from Ridley.”
All of the films were shot in Prague. Taking Ridley’s storyboard drawings, the team at MPC then had to develop a number of motion concepts. With infinite options to some of the concepts, extensive research and development was employed to define the overall look and feel of each world and its characters.
Carsten adds: “Some of the worlds had clearer concepts than others. The drawings from Ridley helped massively but it’s not the same as 3D. For example, how do you form a girl out of powder? There are a million ways of doing that. We had to come up with so many techniques in the R&D stage of how we could layer this. In the ‘Wood Crunches’ world, we really wanted to create something that hadn’t been seen before. We had to make a performing creature out of leaves and branches but being such an abstract concept we had to dig deep creatively-speaking. On the other hand the ‘Rising Heat’ world was challenging technically, but creatively it was easier because it contained concepts people recognize from real life.”
Whilst the tasting notes were imagined as  seven distinct worlds, the concept had to be stitched together as seamlessly and believably as possible. Creative Director Ryan Jefferson Hays says: “That really was the biggest challenge - weaving the worlds together into a singular narrative.”
A 60-second version of the film will air during the 91st Oscars on February 24th.
view more - Creative