Move Over Elton: The Real State of Christmas Ads 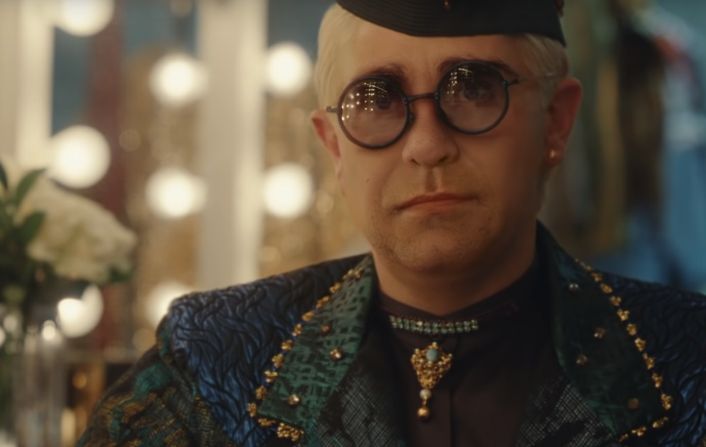 Blockbuster retail ads dominate the marketing conversation at Christmas time. But they don’t have the airwaves all to themselves. Not every brand has the PR clout or social chops to get media attention, but any business can make a Christmas ad and show it to the nation – or that chunk of it which is watching TV.

Dashcams, liqueurs, handwash, energy drinks, videogames, plug-in heaters, and ‘pleasure-enhancing gels’ - just some of the products draping themselves in tinsel this year and making their TV pitch. If John Lewis and M&S are the big boxes underneath the tree, hotly anticipated but sometimes disappointing, these ads are like stocking stuffers. Sometimes cheap, sometimes tasty, sometimes just baffling – and relying on the seasonal context to lend them a bit of magic.

I know about these ads because I watched them all. For System1 Ad Ratings we rate every single ad, good and bad, that airs in a wide range of categories, measuring emotional response for each one with a consumer panel. So I looked at our database for the 220 or so new ads which aired in November, watched every one, and noted down those making any reference – however fleeting – to Christmas.

Seasonal ads are a broad church. A shake of bells and a spring of holly on the end screen? It’s in. A single 'This Christmas…' at the start of the voiceover? It’s in too. Generic partying didn’t count (sorry perfume ads), but a mention of 'party season' did. So did the charity ads, rightly keen to remind us of the godawful conditions experienced by millions of our fellow humans at this time of year.

Even leaving out the retailers, my census turned up almost 50 TV ads – just over 1 in 5 of the new ads onscreen in November. There's a lot of merry to go around.

Some brands want more than one nibble on the yule log. Coke’s 'Holidays Are Coming' ad is justly regarded as a Christmas tradition – not least by Pepsi, whose painfully passive-aggressive ad begins 'Some people follow traditions. Others make them'. (The tradition Pepsi suggests involves neon surfboards, we’ll see if it catches on.) But Coke gets a second shot too, roping in X-Factor winners Rak-Su to watch the 'Holidays Are Coming' ad, Googlebox-style. This scored rather well – 4 Stars out of 5 in our ratings, which measure an ad’s power to amplify the spend behind it and drive growth. An odd teaser spot zooming in on a photo of Rak-Su fell flatter – only 1-Star.

Coke isn’t the only household-name food and drink brand to capitalise on Christmas. A few were representing party favourites – Baileys, with a 4-Star effort involving a hostess decapitating chocolate reindeer, performed best. But others were everyday staples hoping for a bit of sparkle to rub off, like the charming Kellogg's ad where a girl offers Santa cornflakes, not mince pies.

Speaking of mince pies, spice brand Schwartz made a bold bid to expand the Christmas palate with their chilli version. At the less thrilling end of the taste spectrum, Hellman’s mayonnaise showed a rather queasy spoon-battle over a jar of mayo, with a faintly tinselly backdrop to signal the season. Both got 3-Stars.

King of the food cupboard, though, was the baker Warburtons, running its 'Giant Crumpet Show' ads with the Muppets and earning one of the highest 5-Star scores of the year. Warburtons present this ad – which dates from 2015 – as a Christmas ad. If it is, it’s because it’s harking back to the age when the whole family would enjoy light entertainment on TV over the holiday break – it’s the ad equivalent of a Morecambe and Wise Christmas special.

Is Christmas a can’t-miss opportunity for food brands, then? Almost. A couple of favourites misfired with 1-Star ads. Walkers’ crisps brought back their Brussels Sprout flavour, only to generate the most disgust of any Christmas ad our panel saw. And Red Bull’s long-running 'gives you wings' campaign brought out a rather dark ad where farmyard animals are saved from the chop by the wing-granting energy drink… except the unfortunate turkey, for whom the can runs out. Reminding viewers of the living, squawking reality of their festive bird is an emotional no-no, alas.

Food and drink is a big part of Christmas. In other categories, you have to work a little harder to get into the spirit of things. Perhaps conscious that fitness isn’t top of the Xmas agenda, Fitbit’s Christmas branding is ultra-tasteful – some stark white trees and branches as a new owner goes for a white Christmas run in their wintry 3-Star ad. Nintendo stay indoors, with Christmas jumpers setting the jolly tone of their Mario Party Christmas spot – also 3-Stars.

Some brands deploy their long-running brand ambassadors at Christmas too – why waste a famous face? Celebrity appearances aren’t the sales tool they used to be, but Baylis And Harding get a respectable 3-Star score as their handwash takes a starring role in Kelly Brook’s party prep. Vodafone’s budget for their Martin Freeman ads is almost certainly a lot higher, but the emotional results are similar – this year’s ice-skating ad features the typically clumsy product message, which probably brings the emotional impact down.

Finally, there’s the ads suggesting presents to buy. Charlotte Tilbury’s advent calendar may be Cosmo’s 'most awaited of 2018', but its ad is a 1-Star cringe. Making 'Charlotte Tilbury / Put some magic cream under the tree for me' fit the meter of 'Santa Baby' requires alterations no cream could hide. Durex’s no-nonsense ad demanding 'win-win orgasms' for Christmas got a high 2-Star score, which doesn’t seem much, but we prudish Brits are never kind to ads for sexual health products.

But the hidden hero of Christmas might just be NextBase. Who? They make dashcams, apparently, and their YouTube channel is a parade of user-generated footage to turn any insurer pale. They take a break from the pile-ups for an enjoyably straightforward ad advising you skip the socks and buy Dad a dashcam for Christmas. It even has its own hashtag: #nosocks. Rudimentary it may be, but a solid 3-Star score means it’s officially a better ad than Tesco managed this year.

Next Base’s ad is evidence that anyone can make a Christmas ad, and its warm reception among viewers is evidence of why anyone does. This stuff is corny, sentimental, occasionally desperate, and won’t be winning many awards. But it works. Alongside all the Christmas ads we tested all the non-Christmas ads released on TV in November. They were almost a full star rating lower – the difference between modest brand growth potential (even with investment) and good potential. They were more emotionally engaging and made people happier. Away from the retailers and their blockbusters, the Christmas ad is in rude health. 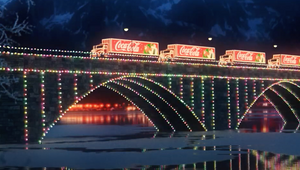