Mouldy Whopper Is a Stinky Idea 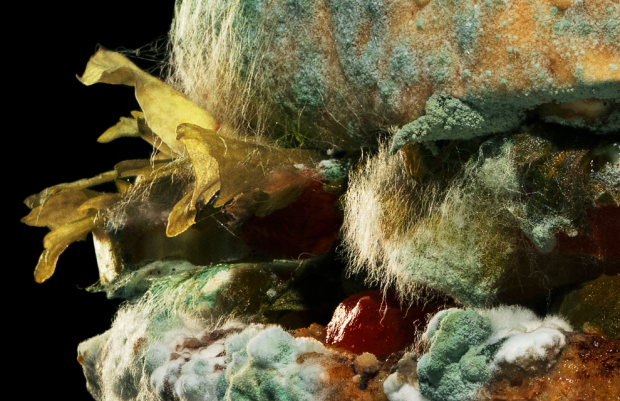 I really want to like this. Burger King had the best idea of 2019, hiding Big Macs behind Whoppers. And this idea of watching a Whopper rot is a crazily brave idea to back. My brain’s neural network has lit up watching it. And we've just had a discussion in the office about it. So tick, tick and tick.

Unfortunately my brain is connected to my gut. Science has now proven it, and even called it an axis. My axis has tipped the wrong way to the axis of evil, overseen by the Emperor of Minging. The idea has capsized in my gut like the Mary Rose, sailing resplendent out of port before falling flat over and sinking to my depths.

I just can’t unsee the disgusting moudly image of a Whopper. It makes me wretch just thinking about it. I've just belched again.

I've started to build a new visual world around the Whopper in my mind, and it mainly involves discovering you forgot to empty the fridge before going on holiday. That horrendous moment when you discovered that jar of something that has now got the coat of a furry bear and smell of Shane MacGowan's ashtray.

Yes, but it’s making a clever point about preservatives. If only this idea that burgers don’t decompose hadn’t been bouncing around the internet for a while now, and that the story is really more mouldy than the burger. About six months ago I watched a video from someone I've never heard of on a thread from someone else I've never heard of, who explained to dim wits like me why none of the burgers would decompose. It’s fake science linking it to preservatives apparently. It sounded good to me.

Burger King have now waded into an old muddled debate trying to ignite a conversation around preservatives in burgers. I have no idea if I believe them more than the person who I don’t know on the Internet. That’s the problem diving into a debate like this. If they had done a side by side with a Big Mac then I'd be more inclined to believe it.

Even weirder, the image I saw on the internet of the burger that didn’t go mouldy looked much nicer to eat than the Whopper. The irony. I fancy the one with preservatives much more. First rule of advertising: Never assume people want the truth if it is covered in mould.