Behind the scenes on Tarzan-inspired music video 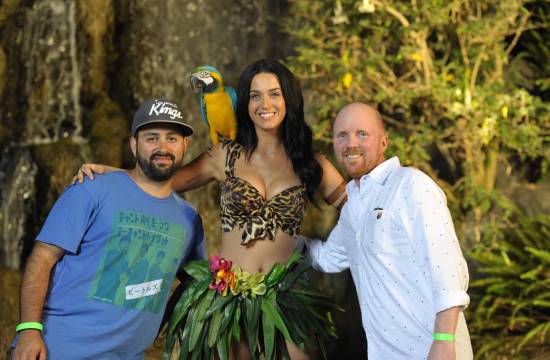 MTh (Motion Theory) directors Grady Hall and Mark Kudsi teamed up to crown international popstar Katy Perry as Queen of the Jungle in the new music video for her biggest ever #1 smash hit, Roar. Inspired by the songs message of empowerment, Hall and Kudsi conceived the almost 5-minute epic as an homage to adventures and legends in the vein of Tarzan, Robinson Crusoe and comic book heroine Sheena.

While each award-winning director generally focuses on solo projects, the music video was such an enormous undertaking, it provided an opportunity for the pair to join forces and collaborate with each other, along with the talented team of artists at Mirada to deliver over 100 visual effects shots in just three weeks. Hall recently directed the music video for Capital Cities Safe and Sound, which won a MTV VMA, and Kudsis accolades include a Grammy Award for his directing contributions to The Black Eyed Peas Boom Boom Pow music video.

According to Hall, the video was something of a balancing act. "Mark and I wanted the video to reflect both the anthemic and personal sides of Roar. Since we already had a fiery plane crash, a bunch of animal scenes, and in-camera vine swinging in the works, we decided to fully develop the story and scenes before working out the rest of the icing of the huge visual concepts, animations, and surprises. We find that when the storys right, the visuals usually fall in line."

"Theres no small way to do the concept Katy Perry, Queen of the Jungle," Kudsi adds "but we stayed loyal to a shared vision of always honoring the song and making sure every scene unfolded in a uniquely Katy way. The process was a great collaborative effort between our entire team, the label, Katys team, and Katy herself, who was funny, whip-smart, creatively engaged, and adventurous enough to throw herself into all of our crazy ideas."

Roar opens with hand-drawn vintage-style posters that transition into a vibrant live-action shot, revealing a small plane that has just crashed in a lush jungle wilderness. A modestly clad Katy and her self-involved male companion emerge from the burning fuselage, only for the handsome escort to be promptly devoured by a tiger. Initially panicked, she flees screaming into the brush until a survivalist resolve sets in, which has her handling tarantulas, bathing with help from an elephant, taking selfie pictures with a capuchin monkey, swinging on vines and hunting with a stiletto-tipped spear. Playfully attired in a leopard bustier and banana leaf skirt, Katy then faces off with the tiger, asserting her dominance and completing her evolution as Queen of the Jungle.

Hall and Kudsi spent two weeks on extensive R&D to establish vignettes that told a rich visual story in line with the core idea of the song, with Katy Perry and Danny Lockwood, Capitol Music Groups SVP of Creative & Video, providing significant input. Much of the action was captured in-camera over three shoot days at the Los Angeles County Arboretum and Botanic Garden, with a courageous Ms. Perry completing the majority of her own stunts  including swinging on the vine and standing atop a towering 40-foot waterfall. Various jungle animals featured in the video were also on set for the complex shoot. After three weeks of editing and postproduction, Roar was delivered, featuring a staggering 139 shots in the final cut.

While the Arboretum provided a substantial amount of foliage as a jungle location, Mirada artists completed the transformation through set extensions and matte paintings. Led by Creative Director Jonathan Wu and Visual Effects Supervisor Michael Shelton, the Mirada team created the cave drawing cel animation, detailed particle work in the stunning firefly sequence and plate compositing for some of the animal scenes along with a substantial amount of rig clean up.

Currently topping the Billboard Hot 100, Roar is the lead single off Katy Perrys upcoming Prism album, which will be released on October 22, 2013 by Capitol Records. 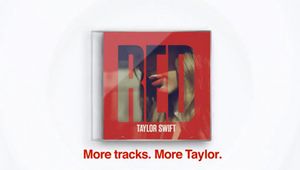 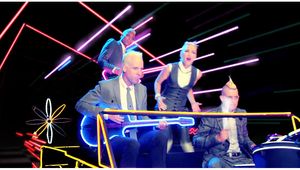 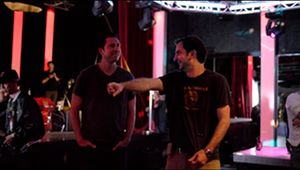 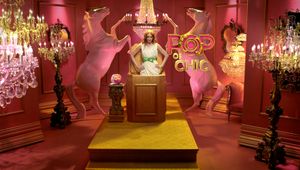 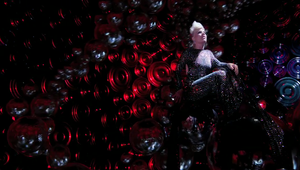 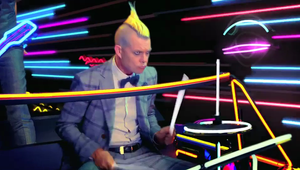 No Doubt
View all Work