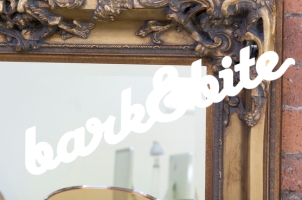 Leeds-based Bark&Bite is all set to take a chunk out of Manchester with the announcement of its second location, the largest post production house outside of London which launches officially on Thursday 2nd April 2015.

Located in the centre of Manchester, Bark&Bite intend to carve a niche, providing a London grade post facility to agencies and production companies in the North. The new studio will specialise in commercials, high end visual effects, motion graphics and sound mixing services for radio, broadcast and everything in between, all delivered in amongst a seriously swish setting.

Bark&Bite is a creative powerhouse that took the ad world by the scruff of its neck six years ago and has been tearing up rule books ever since, working with the likes of Sega, Ferrari, Nike, William Hill, Redbull, United Nations, Channel 4, Manchester United and Manchester City to name but a few.

The expansion to Manchester comes as the industry sees an increasing number of agencies choosing to use dedicated independent boutique post houses. Bark&Bite has seized this opportunity to cherry-pick a team of experts that all sit under one roof.

Bark&Bite managing director, Christian Knowles-Fitton says: ”The North is now officially ours. We are at the top of our game and now adding a world class audio studio to our list of services. There is a common misconception within the industry that you have to head down South for quality work, despite half of London upping sticks to Salford. We're here to give Soho a run for its money.”