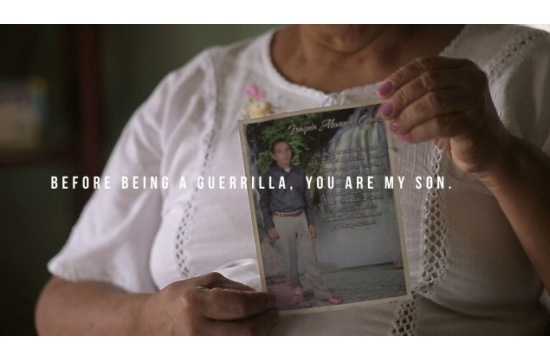 Lowe and Partners Colombian agency Lowe SSP3, has announced the new campaign for the Colombian Ministry of Defence, with the continued objective of encouraging FARC Guerrillas to demobilise and return to society.

‘Mother’s Voice’ with Creative Direction by Jose Miguel Sokoloff, is the follow up to the multi award winning ‘Operation Christmas’, ‘Rivers of Light’ and last year’s ‘Operation Bethlehem’.

This campaign, again utilising intelligence from the MOD and the Colombian Army and Navy, tells the real life story of 31 Mothers whose sons and daughters have either joined or have been taken by FARC, against their will. The Mothers were asked to bring photographs of their children to the shoot and to send a message to them to consider demobilisation. 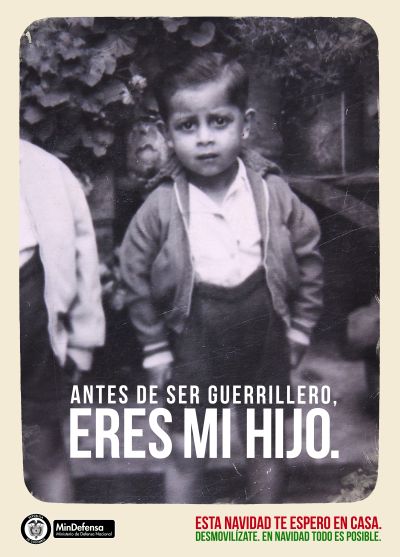 The TV and radio campaign (Public and Army Radio stations which FARC listen to) and posters all carry the line ‘”Before you were a Guerrilla, you were my Son”. The campaign sends a message to the FARC members, that demobilisation is a real and safe option. http://youtu.be/5libyPm7gWA

“Working with these Mothers across Colombia was both humbling and heart breaking. They hold these photographs so dear because in many cases it is all they have left. We wanted to tell their stories and have them represent the families across Colombia who have lost relatives to this conflict over too many decades – while also letting the FARC Guerrillas that they can safely demobilize and take back their lives.” 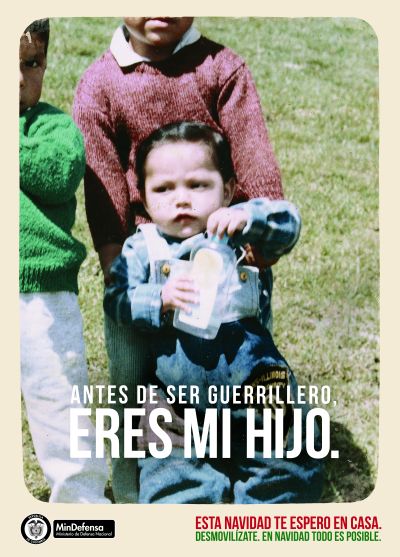 Juan Carlos Pinzón the Colombian Minister of Defence will launch the campaign in the centre of San Vicente del Caguan on December 13th; a significant location as it is a former FARC HQ. He will be accompanied by Generals from the Army, Air Force and Navy. Last year over 10,000 members of the public attended the launch.