OPPO is the top smartphone brand in China in 2019 and is ranked No. 5 worldwide in terms of market share 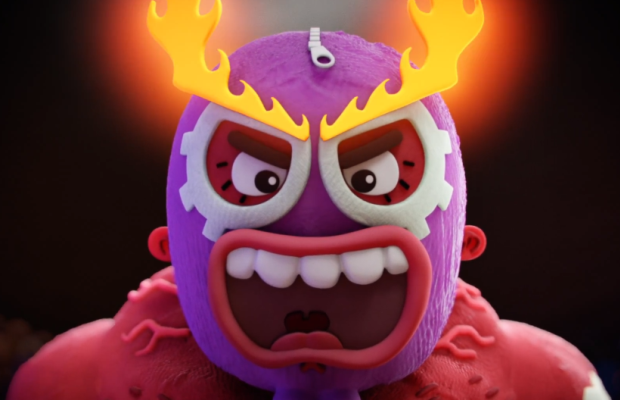 OPPO is the top smartphone brand in China in 2019 and was ranked No. 5 worldwide, in market share. The Reno2 campaign plays on the creative possibilities of the Reno2, with a series of 10 distinct animated films. The playful set of films introduce the arrival of Reno2, and each have a unique animation style to bring this arrival to life, laddering up to one simple and clear message in the voiceover: Reno2 is coming.

The irreverent tone creates a slightly leftfield creative feel, enabling cut through in the cluttered Chinese market. The films are short snippets of engaging animation, designed as entertainment, to encourage interaction and social sharing

The Campaign was produced by Nexus Studios.

You can check out each film in the campaign, along with a brief description, below:

Director Sam Southward is known for his distinct character design and the combination of live action and CG techniques that he uses to tell stories. He also has a brilliant sense of humour and was recently nominated for a BAFTA for his work on the Gruffalo Spotter AR App. Most recently, he worked on two interactive projects for Google, creating beautiful animations for their installations at the Mobile World Congress and the World Economic Forum in Davos.

Discussing 'Wrestlers', Sam said “Our story is all about high energy, weight and impact, anticipating the arrival and excitement of the Reno2. I felt that digital stop motion with an organic and tactile feel would be great to create a colourful, fast paced and memorable animation.”

Director Laurie Rowan builds characters and worlds composed of their own logic. With a hint of the surreal, they incorporate Laurie’s sense of fun and joy and take inspiration from ceramics, dance and bodily behaviour. He combines creativity and technology both in animating for television and game design, working for clients including the CBBC, British Museum, Sony and Channel 4. In 2019 he headlined Pictoplasma as well as creating a giant holographic interactive character as part of their InterFaces exhibition.

Discussing 'Birdsnest', Laurie said “The design considerations in Birdnest centred around expressing a lot in a short amount of time. I wanted to set the scenario and have the characters go through a range of emotions before the final reveal. For this reason, I paired the characters down to what would be bare minimum to make them recognisable as birds and put all the emphasis on their eyes as an expressive tool. The see sawing nest felt like a good comedic tool, that was fast and volatile enough to establish itself as a concept in the time we had available."

Director Jack Cunningham’s distinctive, illustrative and playful characters combined with his love for storytelling and experimenting with different styles has meant a demand for his working across different platforms.

He has visually brought to life the musings of Rashida Jones for Google and has had his interactive work for the White House talked about by Jimmy Fallon on The Tonight Show.

Jack says, “It was an absolute treat to collaborate with Andy Gent’s Arch Model Studios again on a charming & expertly made cat hand puppet. The ident stokes up a nostalgic Muppets vibe, art directed to feel reminiscent of the taxidermy exhibits seen at the Natural History Museum. 'The House Cat' viewed in its favourite natural habitat, the living room sofa”

Felix Massie’s work frequently demonstrates a fantastic sense of comic timing and mastery in moving audiences. He creates charming characters that you can’t help but fall in love with. Felix directed ‘Rain or Shine’,  Google’s ‘most immersive Spotlight story yet’, and more recently created an animated, interactive installation for Google at the World Economic Forum in Davos.

Felix says, “I wanted to make the day look as wonderful and hot as possible, so we have bright colours and lots of glow. It's a beautiful day... and so that means, should something terrible happen to the ice creams in this spot, it's all the funnier. Fortunately, we had a heatwave at the beginning of the project so we could go out and film a genuinely melt-inducing day and then get some ice creams to inspire the look for the commercial to make sure it's perfectly accurate. I may have had more than one just to make sure!"

He says, “My spot for Reno2 is influenced by Miyazaki films and 90s nostalgia. I wanted the aesthetic to feel like Spirited Away meets Twin Peaks.”

Michael Shiao Chen's distinct illustrative style embodies a cross-cultural mix of Eastern and Western influences from his time spent living and working abroad in Japan and Vietnam. Michael made his first film at the age of 11 out of Lego bricks and an old webcam! Since then he’s gone on to work on an array of feature films, TV series and commercials.

On 'Karate', he says "'Karate' is a whimsical and comedic take on the ubiquitous concrete breaking demonstrations by martial artists. It's a "what if the concrete didn't break?" scenario that flips expectations on its head (excuse the pun). The art style is cemented (I can go at this all day) in strong graphical shapes as well as drawing on tropes from Japanese anime. The eastern influences extend through to the score, with its Kabuki undertones adding to the exaggerated theatrics of the piece.”

Robertino Zambrano’s style is a hybrid of a wide-range of animation techniques, spanning the worlds of motion graphics, 2D and 3D animation. His work has been screened at over 30 film festivals world-wide. His film for TED-Ed, “Accents” won the coveted Cristal for a Commissioned Film at the Annecy International Animation Festival in 2019.

He says, "Sausages are a metaphor for our deepest regrets - no matter how deep you bury them, there's always that gumshoe that will dig it up. I wanted to create an aesthetic which felt like a genre mashup where hardboiled noir gets crossed with a retro sci-fi cybernetic organism, depicted in a graphic novel sensibility. I played with a dynamic stippling technique to use as minimal amount of tonal values as possible, and focused on having fun playing with light and shadow shapes to raise the tension in the scene."

Haein Kim & Paul Rhodes are partners in crime. They love fun and fresh designs that are bright, playful and colourful. Their debut film ‘Peepin’ has toured at festivals world-wide including Pictoplasma and Flickerfest.. Their work also includes commissions for the likes of MTV as well as countless hand-drawn illustrations.

Greg says, “This style is digital stop-motion cut out. Stop-motion is the oldest style of animation - well over 100 years old - but it still feels fresh. If you do it well, it gives a surreal, magical sensation.”