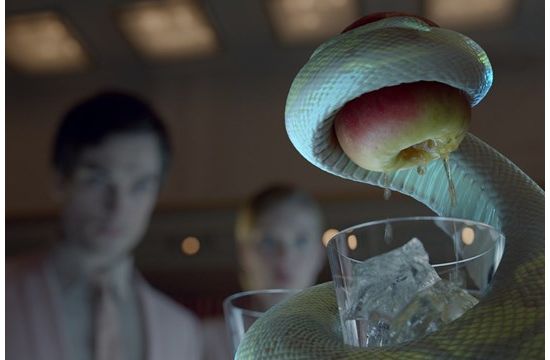 Mother London has tasted the forbidden fruit in its new campaign for Smirnoff Apple Bite signature serve. Helmed by RSA's Johnny Hardstaff, the spot tempts the viewer into a world of intrigue and mystery. Sexy and twisted, just like the unexpected drinks, the film takes its cues  from the legacy of Smirnoff’s Through the Bottle campaigns and adds a dash of Lynch-ian other-worldliness.

In the supporting outdoor campaign, photographer Nick Meek continues the theme of temptation by showing snakes as they prepare the signature Smirnoff Apple Bite serve.